Was sure of Ajit's return, family stands united: Rohit Pawar

Nationalist Congress Party MLA Rohit Pawar on Wednesday said he was sure his uncle Ajit Pawar would return to the party and felt happy after the latter met party chief Sharad Pawar. 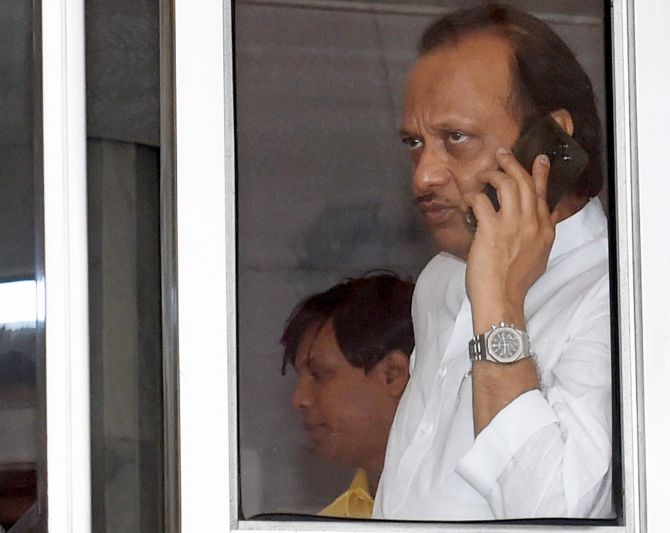 He also said that the Pawars "stand united" and will remain so.

Ajit Pawar called on his uncle and NCP patriarch Sharad Pawar late Tuesday night, after first having joined hands with the Bharatiya Janata Party to form government in Maharashtra and then quitting it.

"I could not trust how it happened. As a worker, I did not go into the details of it. There was some confusion being a family member, I could not understand what was happening," Rohit Pawar, who is the grandson of Sharad Pawar's elder brother Appasaheb Pawar, told a news channel.

He made the remarks when asked about what he felt when Ajit Pawar took oath as deputy chief minister after tying up with the BJP last Saturday.

"But we were sure (about his return). We knew Dada well," Rohit Pawar said.

Praising Ajit Pawar, he said the former deputy chief minister is a very capable administrator and key for the Shiv Sena-NCP-Congress' 'Maharashtra Vikas Aaghadi' that will form government in the state.

"So, I felt happy as a family member and also as NCP worker when Dada met Saheb (Sharad Pawar) yesterday," he said.

Rohit Pawar also accused the BJP of employing the tactic of poaching leaders from other parties.

"They tried to use that style (trick) to some extent in this case. Dada may have not liked that style and then met Saheb. I hope we will soon be able to serve people under his (Ajit Pawar's) guidance," Rohit said.

Ajit Pawar, who won the October 21 state polls from Pune's Baramati seat with a huge margin of 1.65 lakh votes, shocked his party and family last Saturday when he joined hands with the BJP and became deputy chief minister in the Devendra Fadnavis-led government.

The NCP subsequently sacked him as its legislature unit leader the same day. However, he continues to be a member of the party.

Ajit Pawar on Tuesday resigned as deputy CM citing "personal reason", following which Fadnavis too stepped down as chief minister, leading to collapse of the BJP-led government.

A special session of the 14th Maharashtra Legislative Assembly commenced here on Wednesday to administer oath to the newly-elected members in the 288-member House. 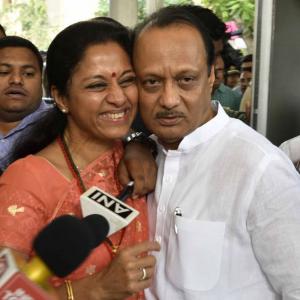 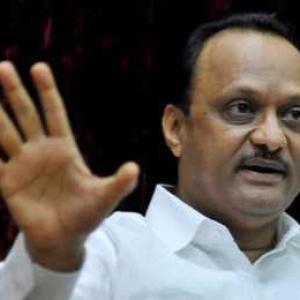