Was summons served on Sonia in New York? 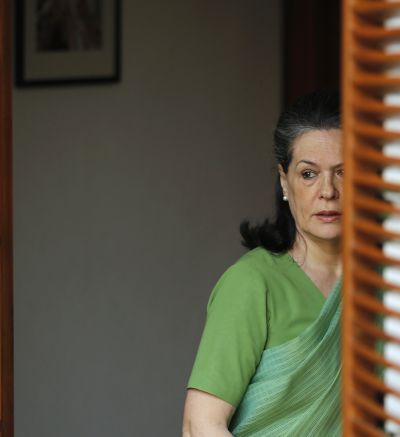 The petitioners claim the summons was served via hospital staff, a claim refuted by sources close to the Congress president. George Joseph reports from New York.

A statement issued by attorney Gurpatwant Singh Pannun, legal advisor to the Sikhs for Justice, which has filed a case against Congress President Sonia Gandhi claimed the organisation had served a summons on her through hospital and security staff at the Memorial Sloan-Kettering Cancer Center in New York.

The hospital did not respond to this correspondent's calls and e-mails about the claim. Sources connected to Gandhi told Rediff.com that she was not served the summons and they would ask the petitioners for copy of the 'affidavit of service' that was filed in court when the case comes for trial.

New York attorney Ravi Batra, who represents the Congress party, told this correspondent, "Until plaintiffs file an affidavit of service with the court, there is no prima facie proof, albeit rebutable, that Mrs Gandhi is claimed to have been served. As of 5 pm on September 13, 2013, there is no such service affidavit."

Judge Brian M Cogan of the US District Court for Eastern District of New York issued an order on September 9 to serve the summons through staff of the Memorial Sloan-Kettering Cancer Center in New York where Gandhi was believed to be under medical care or through security personnel.

Sikhs for Justice and two individuals, who are suing Gandhi, accusing her of shielding the perpetrators of the massacre of Sikhs in the November 1984 riots, requested the judge to issue urgent orders to serve her though the hospital or security staff.

The petitioners said no process servers were ready to take the summons to Gandhi personally considering the elaborate security around her. They also pointed out precedents when the courts had ordered that the summons be delivered to the staff of visiting dignitaries facing cases in the US.

Judge Cogan ordered that ‘service up on defendant be accomplished by delivering a copy of the summons and complaint to any of the following: Hospital administration and/or staff at Memorial Sloan Kettering Cancer Center, during the time that the defendant is at the hospital.'

‘Once served, the above parties are directed to give documents served up on them to defendant.’

On September 9, the same day the judge ordered that the summons be served through the hospital, it was served on hospital and security staff of Sloan-Kettering amidst resistance from the staff, Pannun's statement claimed.

Esther Ruiz, the night shift nursing supervisor at Sloan-Kettering, was handed a copy of the summons, complaint and Judge Cogan’s order directing her to give the documents to Gandhi.

A copy of the summons was also handed to Alvin Millner, the security manager at Sloan-Kettering for delivery to Gandhi.

News reports on September 11 noted that Gandhi had returned to India earlier that day.

As per federal rules after the service of summons and complaint, Gandhi has till September 30 to answer the allegations, according to Pannun's statement.

The summons said that if Gandhi failed to respond within 21 days after service, a default judgment would be entered against her.

According to Pannun, the service of the US court summons on Gandhi is complete for all purposes, because Judge Cogan had allowed serving hospital and security staff of Sloan-Kettering instead of personally handing over the summons to Gandhi.

A class action suit against Gandhi was filed by Sikhs For Justice, a US-based human rights group along with victims of the November 1984 riots under the Alien Tort Claims Act and the Torture Victim Protection Act.

SFJ and the victims seek compensatory and punitive damages against the Congress president for her alleged role in 'shielding and protecting' Kamal Nath, Sajjan Kumar, Jagdish Tytler and other Congress party leaders from being prosecuted for their alleged 'crimes against humanity.'

“In 1984 Sonia Gandhi was a loving wife and mother and a grieving daughter-in-law. Given the genuine respect for Sikhs, a moment of terrible pain ought not be political fodder,” attorney Ravi Batra noted.

About the summons, Batra said, “The law is a many splendored thing. It has within it the ability to harness all motions, all facts, and arrive at a just merit-driven result from dismissal at the pleadings stage to summary judgment dismissal to a jury's verdict."

“A court has a natural inclination to assist access to personal jurisdiction while blocking expansion of subject matter jurisdiction," Batra added.

Along with the SFJ, the suit has been filed by Mohinder Singh, a resident of California whose wife survived an attack in Delhi recently and who had lost his father in the 1984 riots, and Jasbir Singh, a prime witness against former minister Jagdish Tytler for his role in the November 1984 riots. 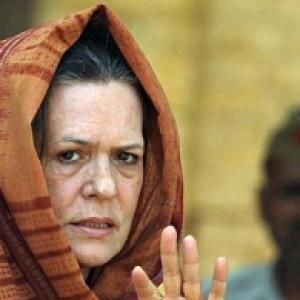 Sikh group gets court nod for summons to Sonia 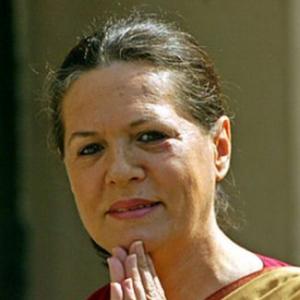