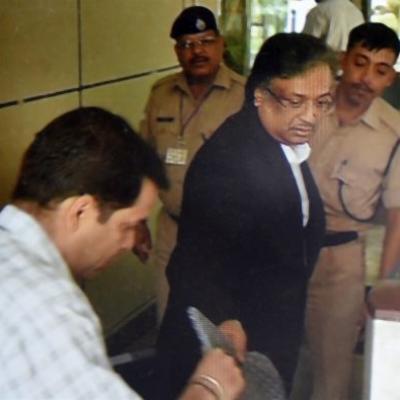 Lawyer Gautam Khaitan, an accused in the AgustaWestland VVIP chopper case, has been arrested by the Enforcement Directorate in a fresh case of alleged possession of black money and money laundering and remanded in a two-day custody of the agency by a court in New Delhi.

Officials said Khaitan was placed under arrest on Friday night under the Prevention of Money Laundering Act (PMLA) and produced in the court on Saturday, where the ED sought his custody for seven days, claiming it had knowledge of unidentified assets which value more than Rs 500 crore and his custodial interrogation was required to 'unearth the conspiracy'.

The fresh criminal case under the PMLA was filed by the ED against Khaitan on the basis of a case filed by the Income Tax Department against him under Section 51 of the Black Money (Undisclosed Foreign Income and Assets) and Imposition of Tax Act, 2015.

During the court proceedings, ED's special public prosecutors D P Singh and N K Matta maintained that the present case had nothing to do with the alleged AgustaWestland scam.

Metropolitan Magistrate Neetu Sharma sent Khaitan to ED custody for two days after the agency alleged that he was operating and holding a number of foreign accounts illegally and thereby possessing black money and stashing assets.

Khaitan's advocate P K Dubey, however, opposed the ED's submissions and accused the agency of forging documents, saying that the present case was related to AgustaWestland case for which Khaitan was already being prosecuted and was out on bail.

He said that the case number of the present case is that of the AgustaWestland case.

The ED, in its plea, said, "Custody is not being sought in relation to account which came across in AgustaWestland. He runs less of a law firm and more of a money laundering.

"IT department has given figures which we have to verify. He didn't help in verifying them," the agency said, adding that his custody was required to “unearth the conspiracy”.

"This case has nothing to do with AgustaWestland. Custodial interrogation is must to reach the truth," the ED said.

The defence counsel opposed the ED plea saying the IT department was already probing the matter.

"I went out of the country on the directions of the court hearing AgustaWestland case.

"When I landed in India, I was detained by IT department and later arrested by the ED. If I have made illegalities in AgustaWestland case, can I be arrested in separate case," Dubey said.

He added, "First IT raided my (Khaitan) premises, the moment they left, ED entered the premises and detained me. There was no apprehension that I was fleeing....

"Can I be prosecuted by multiple agencies for the same offence?"

The Income Tax Department had last week carried out searches against Khaitan in this new case filed under the anti-black money law.

Khaitan had been arrested by the ED and the CBI a few years ago in connection with their probe in the Rs 3,600-crore AgustaWestland case.

A charge sheet was also filed against him by the two agencies and he was currently out on bail.

It is understood that the investigative agencies have got fresh leads against Khaitan after the questioning of Christian Michel, an alleged middleman in the VVIP chopper deal with AgustaWestland, who was extradited to India from Dubai in December last. 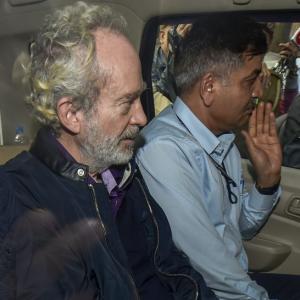