In a 30-second video of the incident, Amruta was spotted sitting across the safety range of the cruise while the it was sailing for the first time on Mumbai-Goa route.

Amruta can be seen sitting at the place which looks like one extreme edge of the ship, while a security personnel stands a few feet behind her.

Thereafter, a police official walks to the spot after jumping through some railings and speaks something to the previously stationed security personnel.

Following which, the security personnel convey the message to Amruta.

Hand gestures suggested that security official actually cautions her about crossing the safety range of the cruise.

Moments later, she takes out her phone and clicks a selfie while sitting at the same spot.

After the video went viral on social media, Amruta Fadnavis said that she was ready to apologise.

Speaking to a Marathi news channel, Amruta said, "The spot where I clicked selfie was not dangerous because there were two more steps below."

"If anyone thinks I have made some mistake, then I apologise for it," she said.

"I want to tell the youth that they should not take excessive risk to take a selfie," she added.

Missus Fadnavis was one of the passengers on the cruise after it was flagged off by her husband Devendra Fadnavis and Union minister Nitin Gadkari.

The cruise ship, having 104 rooms, have the capacity to accommodate 400 passengers and 70 crew members.

The cruise has 6 bars, 2 restaurants, a swimming pool, a discotheque, a reading room and a spa.

The travel time of the cruise from Mumbai to Goa is 14 hours. 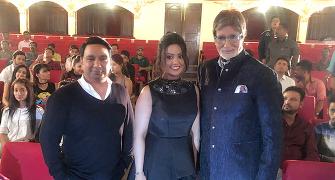 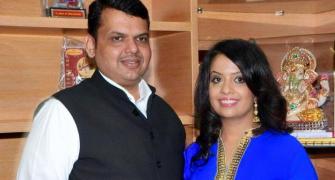 This CM's wife just became a playback singer in Bollywood

Listen to your wife, Mr CM: Sena to Fadnavis on pulses price rise 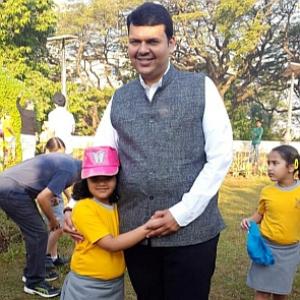 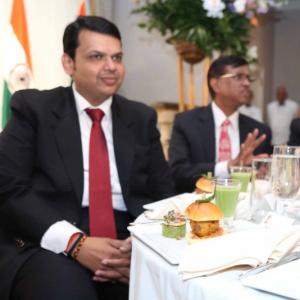