In his condolence message, Ansari said Kurien is credited with being the architect of the largest diary development programme in the world-- Operation Flood.

"He engineered the white revolution in India and made India the largest milk producer of the world. He is recognised as the man behind the success of the Amul brand," the Vice President said.

Condoling the sad demise of Kurien, Singh described him as an icon of India's cooperative movement and the dairy industry.

In his condolence message to Kurien's wife, Molly Kurien, the prime minister said, Kurien was an outstanding and innovative manager and an exceptional human being.

"His contribution to the welfare of the farmer and agricultural production and development of the country is immeasurable. Kurien was an icon of India's cooperative movement and the dairy industry," Singh said.

In his long and illustrious career, Kurien set up the Anand model of cooperative dairy development, engineered the White Revolution, and made India the largest milk producer in the world, the prime minister said.

"His greatest contribution was to give a position of pre-eminence to the farmer and his or her interests rather than those of middlemen," Singh said.

The prime minister said he personally had a rewarding association with Kurien and benefited from his sagacity and vision.

"He has left behind a void that would be very difficult to fill. Kurien will always be widely respected and admired for his ability to inspire and bring out the best from ordinary people," he said.

PTI
Source: PTI© Copyright 2021 PTI. All rights reserved. Republication or redistribution of PTI content, including by framing or similar means, is expressly prohibited without the prior written consent.
SHARE THIS STORY
Print this article
Dr Kurien, the Amul man, passes away 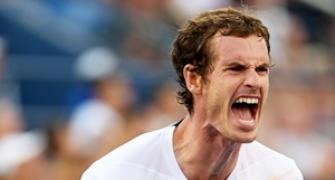