Vande Bharat Mission to be expanded to central Asia, Europe

India will expand from next week its mega mission to evacuate stranded Indians from abroad by including countries like Kazakhstan, Uzbekistan, Russia, Germany, Spain and Thailand, official sources said on Friday. 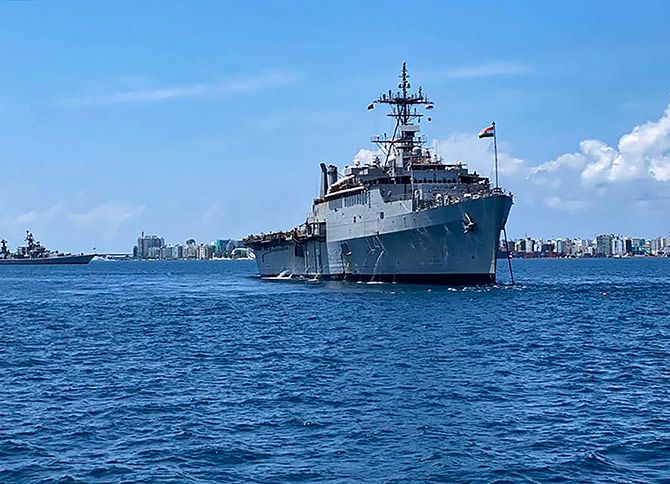 IMAGE: First batch of Indian nationals who were stranded in the Maldives are brought back via Indian Navy Ship Jalashwa during operation Samudra Setu, in Male. Photograph: PTI Photo

As on Friday evening, a total 67,833 Indians found eligible under government's criteria of having "compelling reasons" to be brought back home, have registered for evacuation by flight under the 'Vande Bharat Mission', sources said.

They said stranded Indians in central Asia as well as in various European countries will be brought back home in the second phase of evacuation beginning May 15.

About 4,500 Indians out of around 27,000 in the Maldives have conveyed their wish to travel back home, sources said adding 1,800-2,000 Indians will be evacuated in four voyages by two ships -- INS Jalshwa and INS Magar.

Indian Navy ship INS Jalashwa has set sail from Male on Friday afternoon to Kochi with approximately 700 returnees on board.

According to the government's policy for evacuation, Indians with "compelling reasons" to return such as pregnant women, elderly people, students and those facing the prospect of deportation are being brought back home.

A total of 64 flights carrying approximately 15,000 returnees from 12 countries are expected to land at 14 airports across India from May 7 to 15 as part of the phase one of the mission, the sources said.

The 67,833 people who have registered and mapped flights, included 22,470 students, 15,815 migrant workers, 9,250 people facing expiry of visas and 5,531 who are seeking evacuation on the ground of medical emergency, the sources said.

The people registered for evacuation also included 4,147 stranded tourists, 3,041 pregnant women and the elderly and 1,112 Indians who want to return due to death of family members.

Kerala top the list of state-wise break-up of repatriation requests with 25,246, followed by 6,617 from Tamil Nadu and 4,341 from Maharashtra.

The ministry of external affairs has developed an online platform on which requests received by Indian missions from Indian nationals wishing to return are regularly being uploaded.

In the first phase of the evacuation, a total number of 27 flights will bring back Indians from the Gulf region. This included 11 flights from the United Arab Emirates, five from Saudi Arab, five from Kuwait, and two each from Bahrain, Qatar and Oman, the sources said.

From the neighbourhood, seven flights are scheduled to bring back Indians from Bangladesh carrying passengers bound for Srinagar, Delhi, Mumbai and Chennai.

Similarly, 14 flights will evacuate stranded Indians from South-East Asia. Of these flights, five each are from Singapore and the Philippines and four from Malaysia, they said.

The evacuation flights are expected to land at 14 airports across India including Delhi (10 flights), Hyderabad and Kochi nine each, Kozhikode four, Trivandrum (one), Kannur (one), Chennai (nine), Trichy (one), Ahmadabad (five), Mumbai (four), Srinagar (three), Bengaluru (four), Lucknow (one) and Amritsar (one), sources said. 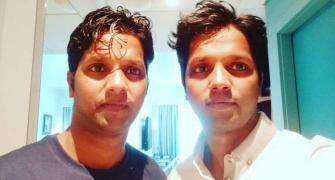