Sixty-three years after their arrival in Jammu and Kashmir as 'sanitary workers' on the request of the then government, members of Valmiki community are finally hopeful of a bright future for their children as they are being granted domicile certificates. The revocation of provisions of Article 370 of the Constitution has given a new lease of life to over 3,000 Valmiki community members who live on the land that was allocated to their ancestors when they shifted to Jammu from Punjab's Gurdaspur district on invitation of the erstwhile state government in 1957.

The first domicile certificate in the community was given to 71-year-old Deepoo Devi of Valmiki Samaj Basti by a tehsildar.

"I was living as an unwanted citizen here. My wish to become a citizen of Jammu and Kashmir with all the rights has finally come true before my death. Our children will live with honour and dignity in this land where their ancestors served," Devi said.

Devi, who retired as a sanitation worker from Jammu Municipal Corporation (JMC), said, "The community members will now get a right to life, right to vote, right to government jobs, right to professional colleges and reservation."

Their ancestors had came to Jammu on the 'invitation' of the then state government headed by chief minister Bakshi Ghulam Mohammad to work as sanitary workers in the Jammu municipality.

They now live in one of the many Valmiki colonies like Christian Colony, Bakshi Nagar, Dogra Hall, Resham Ghar, Valmiki Colony and Gandhi Nagar areas of Jammu city.

Despite owning land in Jammu and having lived there for all their lives, they were deprived of other rights, including the right to vote, right to higher education, right to get state scholarship, right to state jobs.

Valmiki Samaj president Garu Bhatti said that it was like a dream come true for them and he thanked Prime Minister Narendra Modi and Home Minister Amit Shah for providing them with an opportunity to prosper as a community.

Eklavya, who has done PhD from Jammu University, feels that they can lead a dignified life now that they've been granted a domicile certificate.

"All these years we were treated like slaves and denied basic constitutional and fundamental rights," he said.

Eklavya along with other members of his community had waged a legal battle in various courts for ending the discrimination against the community.

The Jammu and Kashmir administration is working to speed up the process of distributing domicile certificates among people belonging to different sections who had been living in the union territory for close to seven decades but were deprived of their citizenship rights.

"With the distribution of domicile certificates, the long pending demand of the public has been fulfilled. People who were living here for many years but were deprived of citizenship rights now have rights equalling other residents," the divisional commissioner said. 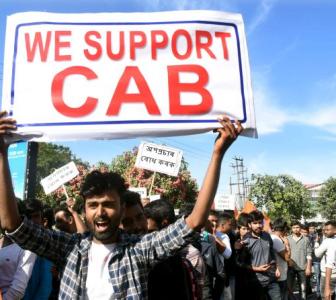 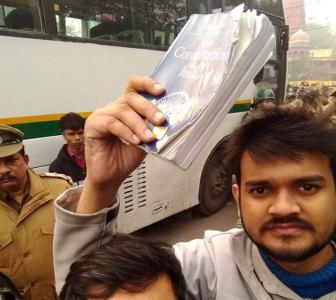