The economy is trapped in the worst slowdown in years.

Unemployment has never been so bad in 45 years.

GDP has plunged to a scary below 5%.

No longer is the Indian economy the fastest growing in the world.

Hopefully, the Union Budget will deliver some solutions to revive the economy before it is too late.

Instead of assisting his boss Finance Minister Nirmala Sitharaman and the mandarins at the finance ministry craft the Budget, what does the minister of state for finance do?

Anurag Thakur writes a new chapter on hate in the book on current political discourse, by his condemnable 'desh ke gaddaron ko' shouts at a Delhi election meeting.

Thakur's anxiety to be noticed by the Ruling Duo is understandable -- after all, Jagat Prakash Nadda, his family's political adversary in Himachal Pradesh has just been anointed BJP president.

Uttam Ghosh offers his take on Thakur's incendiary slogan at a time when he should really be doing much more at the finance ministry.

Or is he just positioned at North Block as a showpiece? 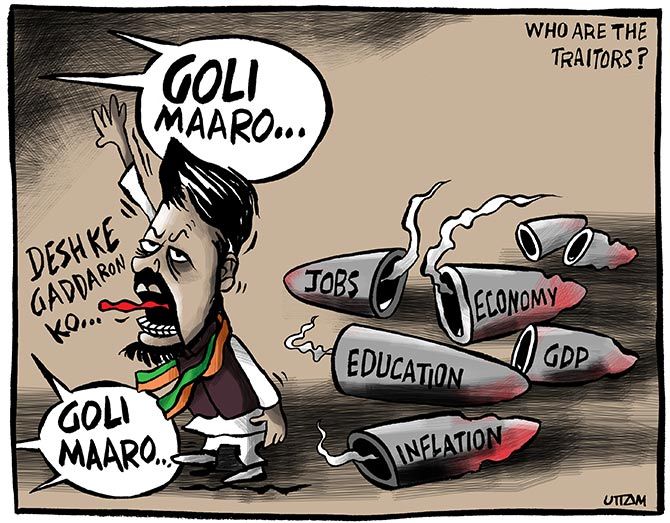 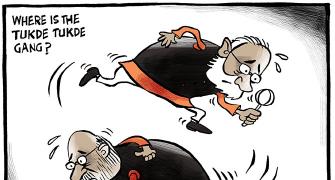 Uttam's Take: Who are the real custodians of the Constitution? 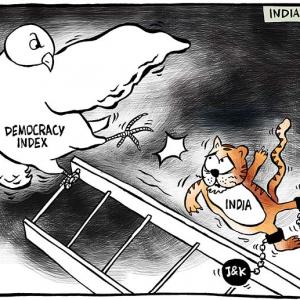