Parag Mehta, 31, has been named the deputy director of inter-governmental affairs and public liaison of the Obama-Biden transition team, charged with outreach to Asian Americans and Pacific Islanders and other minority groups.

His appointment follows close on the heels of the appointments of two Indian Americans -- Sonal Shah, who was named as member of the 15-member official transition board and Nick Rathod, who was named director of the transition team's office of inter-governmental affairs.

On Friday, Mehta resigned from his job as director, external communications for the Democratic National Committee, a post to which he was appointed four months ago. It was the highest-ranking staff position held by an Indian American in the party apparatus.

Earlier, he was director of training for the DNC.

The Worcester, Massachusetts-born Mehta told rediff.com that he was 'absolutely thrilled and excited' to join the Obama-Biden transition team, which could be a springboard to a position in the Obama administration.

Mehta is also "thrilled to be working with Nick (Rathod), who will be directing inter-governmental affairs, and I will be working in public liaison with the department right next to his."

Another Indian American makes it to Obama's team

He said that besides outreaching to Asian Americans and Pacific Islanders, his mandate would also include reaching out "to lesbians, gays and bi-sexuals and also a couple of issue areas. So, I will be reaching out to these groups too besides Asian Pacific Americans."

But, Mehta explained that "the office is not just for minority groups. The office also includes small businesses, doctors, lawyers, rural farmers-so it's a pretty large portfolio."

"In fact, you'll remember when Shamina (Singh) and I were in the Clinton administration, the White House Initiative on Asian American and Pacific Islanders was created by the Office of Public Liaison," he said.

At the time, Singh was executive director of this AAPI Initiative, and Mehta was the communications chief of this Initiative.

'Politics of innuendo being carried out against Sonal Shah'

Thus, he said, the job with the Obama transition team was something right up his street "and it's absolutely perfect for me --going back to finish the work that we started eight years ago."

Mehta reiterated that he would certainly love to serve in an Obama administration following his stint in the transition office. "I will be happy to serve in whatever position I can," he said.

Complete coverage: The US elections

In an earlier interview, when he was appointed director of external communications for the DNC, Mehta,  a passionate and avowed Democrat, said, "My family is in this country because of the Democratic Party -- from Robert Kennedy to Barack Obama, it is the Democrats who stand up for the values of fairness, fiscal responsibility and an approach to foreign policy that tries to lead by our principles, rather than rule by chest-thumping."

Recalling how he got involved with the DNC and rose to the role of director, Mehta said, "I heard Governor (Howard) Dean (now chairman of the DNC) opposing the Iraq war before it even started. So, in the summer of 2003, I quit my job, packed up my car and drove to Vermont to volunteer for his presidential campaign. Between licking envelopes and making phone calls, I drafted a proposal for the campaign to reach out to the Asian American community -- and it got the campaign's attention."

"One day I got called on to fill in for the Governor's Spanish coach, to help him record a TV ad, and we hit it off. Eventually, I was offered a job working for the campaign's national political director, managing endorsements from labour unions and elected officials. Best of all, I got sign-off to run my programme for outreach to the Asian, Arab, Muslim and Pacific Islander communities."

"A year later, when Dean was elected chairman, he asked me to join the team he was building at the Democratic National Committee. He spoke of a 50-state strategy and asked me to take on the job of training director, traveling to all 50 states  -- and even abroad --  to train Democrats on how to build a stronger party and win elections."

He said the "investments of time, money, staff and training the DNC made in all-but-forgotten 'red states' and taken-for-granted 'blue states' led to the great thumping of 2006 (when the Democrats won back both the House and the Senate after more than a decade). It also paved the way for the massive registration and turnout of voters in this year's presidential primaries."

Mehta added, "In my home state of Texas, more people voted for Barack Obama and Hillary Clinton in this year's presidential primary than for John Kerry in the 2004  general election. The American people's desire for change, the investments of Howard Dean and the groundbreaking campaigns of Hillary Clinton and Barack Obama have transformed the political landscape for 2008."

Birth of a new nation

On the involvement of Indian Americans, particularly the second generation, he said, "It's amazing to see how many Indian Americans are working in campaigns. We used to get together in small groups after work to commiserate about being brown kids in politics. Now there are so many of us that we have to pull tables together in the Congressional cafeteria just to fit everyone who shows up."

"The key is that my generation," Mehta said, "we really try to help each other out. We don't see each other as competitors, but rather as compatriots who share a similar experience. In fact, my first job in DC was working for Shamina Singh (who was the first executive director of the Presidential Commission on Asian and Pacific Islanders) in the Clinton White House. That means we have a responsibility to the next crop of desis who want to get into politics."

'America, we have come so far'

Mehta, who was raised in Temple, Texas, received his bachelor of arts from the University of Texas at Austin and Master of Public Administration from the Maxwell School at Syracuse University.

His father, Dr Vijay A Mehta, is a general surgeon who hails from Jamnagar in Gujarat and his mother, Dr Vinoo V Mehta, is a psychiatrist, was raised in Mumbai.

Mehta has two siblings, an older sister, Ami Buddin, a nurse in Pensacola, Florida and a younger brother, Chirag Mehta, a student in Temple, Texas. 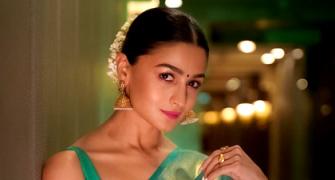 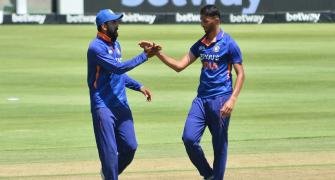