US readies for relief mission in tsunami-hit Japan

United States President Barack Obama on Friday telephoned Japanese Prime Minister Naoto Kan to discuss the massive earthquake and tsunami that hit Japan and killed over 360 people, as the Pentagon geared up for a possible relief and rescue operation in affected areas.

"The President called Prime Minister Kan this morning at approximately 10:15 am (local) time to discuss the earthquake and Tsunami," a senior administration official said.

He did not give details of the phone call. Earlier expressing deepest condolences, Obama in a statement said the US stands ready to help the Japanese people in this time of great trial.

"The friendship and alliance between our two nations is unshakable, and only strengthens our resolve to stand with the people of Japan as they overcome this tragedy," he said.

"We the United States stand ready to do anything we can to help our Japanese friends as they deal with the aftermath of this tragedy," Obama said.

The US is closely monitoring the tsunamis that may impact other parts the world, including Hawaii and the West Coast of the United States, Secretary of State Hillary Clinton said.

"The US government has offered immediate disaster relief assistance, and we are working closely with the government of Japan to provide additional help. Our consular officers in Japan and in the United States are working to gather information and assist US citizens in Japan who may have been affected by the earthquake," Clinton said in a statement.

The Pentagon later said it is gearing up for the possible relief and rescue mission in the affected areas of Japan.

"We are assessing the situation and positioning forces so that they are ready to respond and provide disaster relief if directed," Navy Cmdr Leslie Hull-Ryde said.

Such a request would come from Japan through the State Department. "Right now we are posturing our forces to conduct disaster response operations if requested," she said.

The USS Tortuga, in Sasebo, Japan, is preparing to load landing craft and to leave for the disaster areas. The USS Essex, with the embarked 31st Marine Expeditionary Unit, arrived in Kota Kinabalu, Malaysia, on Friday morning.

The USS Blue Ridge, in Singapore, is taking on humanitarian assistance and disaster relief supplies and preparing to depart tomorrow morning.

The USS Ronald Reagan carrier strike group, at sea in the western Pacific on its way to Korea, can respond if directed. "We are watching the situation closely and will adjust the track as required," Hull-Ryder said.

She said the Americ's Yokota Air Base in Japan has received more than 10 commercial airliners diverted from Narita international airport. Additionally, a reception centre for the aircraft has been established.

Meanwhile the US Pacific Tsunami Warning Centre in Eva Beach, Hawaii, issued a tsunami warning. "A tsunami has been generated that could cause damage along coastlines of all islands in the state of Hawaii," the warning said. Top US lawmakers too offered condolences to the people of Japan.

"First responders and military forces from Japan and the United States train regularly to react to natural disasters, and just as we have worked together to aid countries such as Burma, Indonesia, and the Philippines, we will spare no effort now as rescue and recovery operations get underway in Japan," said Senator John Kerry, chairman of the Senate Foreign Relations Committee.

"The images of destruction and devastation touch the hearts of families around the world, and Members of Congress and all Americans stand ready to offer our aid and support to Japan in its hour of need," said Nancy Pelosi, the former Speaker of the US House of Representatives.

Meanwhile the State Department in a travel alert urged US nationals to avoid travelling to Japan in the aftermath of a powerful earthquake, measuring 8.9 magnitude.

"US citizens should avoid travel to Japan at this time," it said. 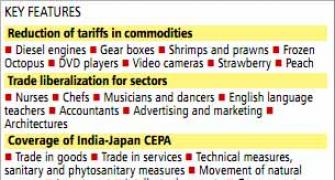 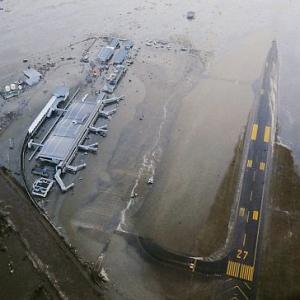