US patience with Pakistan has grown paper-thin: report

As Pakistan continues to block the NATO supply routes to Afghanistan after deadly November 24 incident and no change seen in its policies with regard to its links with extremist groups, America's patience with Pakistan is growing thinner, US officials feel.

What has been annoying the Obama Administration is the fact that Pakistan is increasingly standing upfront against the US and is saying "no" more often than ever to any American requests with regard to war against terrorism, The Washington Post reported.

A case in the point, Pakistani Foreign Minister Hina Rabbani Khar bluntly told US Secretary of State Hillary Clinton that any unauthorised flight into its Pakistan's air space, risks being shot down, the paper said.

Not only this, Pakistan turned down the request of US Special Representative for Pakistan and Afghanistan Marc Grossman to travel to Islamabad during his current trip to the region that started this week, the daily said.

"In the United States, Obama is under political pressure to show Islamabad who is the global boss. Patience here has grown paper-thin with what is seen as Pakistani double-dealing and intransigence that is getting in the way of efforts to wind down the Afghan war," The Post reported in an analysis based on conversation and interviews with unnamed officials from both the US and Pakistan.

"Pakistan also has snubbed US efforts to boost the Afghan economy with a gas pipeline that would run from Tajikistan through Afghanistan to Pakistani ports. Instead, it has reiterated its plans to proceed with an alternative pipeline from Iran," the daily said.

The Obama administration has decided not to go public yet and will wait till the Pakistan Parliament completes its review of US-Pak ties.

"We have views on where we would like to see this go," a US official was quoted as saying.

But it will "take another week or two ... for their internal process to come to some kind of formal communication that would be communicated back to us," the official added.

A senior Pakistani government official told The Post that the committee's recommendations will probably include a demand for explicit US assurances that there will be no violation of sovereignty  no American boots on the ground, no more unilateral raids, no manned air strikes.

The official said there is likely to be some arrangement on drone attacks, with Pakistan calling for large reductions in their number and geographic scope, and demanding prior notification and approval of every strike. 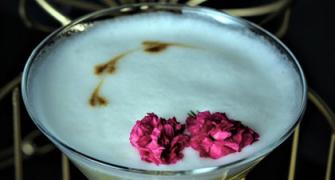