A health care worker from the United States of America has been diagnosed with Ebola after treating a patient who died of the deadly disease last week, sending officials scrambling to find the "breach in protocol" that resulted in her infection – the first case contracted on American soil.

The infected woman was among caregivers for Thomas Eric Duncan, who died on Wednesday at a Texas hospital.

A state test finding that she had Ebola was confirmed on Monday by the Centers for Disease Control and Prevention, making it the first known case transmitted in the US.

CDC chief Thomas Frieden said his agency will investigate how a worker in full protective gear contracted the virus.

"At some point there was a breach in protocol," Frieden said.

"That breach in protocol resulted in this infection. We are evaluating other potential health care worker exposures because if this individual was exposed, which they were, it is possible that other individuals were exposed as well," he added.

The worker was in close contact with Duncan and initial testing shows that the level of virus in her system is low.

"The CDC will conduct a secondary test to confirm the results from a lab in Austin that revealed the Ebola infection," he said.

"Unfortunately it is possible in the coming days that we will see additional cases of Ebola," he added.

At least 19 hospital staffers who dealt with Duncan during his two hospital visits were monitoring themselves for signs of Ebola.

The White House said President Barack Obama discussed the news with Health and Human Services Secretary Sylvia Burwell, directing that the CDC "investigation into the apparent breach in infection-control protocols at the Dallas hospital move as expeditiously as possible."

The Ebola epidemic has killed some 4,033 people in West Africa, the vast majority of them in Liberia, Guinea and Sierra Leone.

In the US, tougher scrutiny for Ebola began on Saturday at New York's JFK Airport, where federal Homeland Security officials began screening travellers from affected nations for Ebola symptoms. 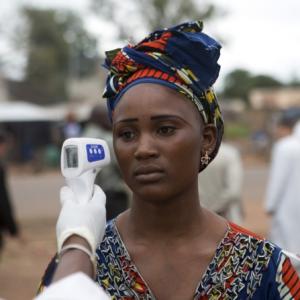 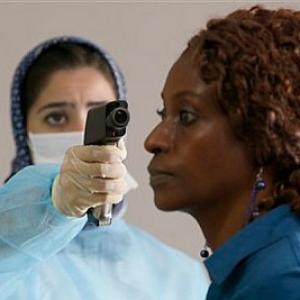