'US has visibility into Iran's nuclear programme'

The United States on Friday said it had eyes and visibility inside Iran's nuclear programme and would know if and when Iran made a breakout move towards acquiring a weapon.

"I would also say that we have eyes -- we have visibility into the program, and we would know if and when Iran made a -- what's called a breakout move towards acquiring a weapon," White House Press Secretary Jay Carney told reporters at his daily news conference.

He was responding to the reported latest national intelligence estimates on Iran's nuclear weapons programme.

He said the US would take every step in partnership with its international allies like Israel to prevent Tehran from acquiring one.

"I'm not going to get into what intelligence assessments might or might not say. I would simply say that we work very closely with the Israelis. We share a view of where Iran is. And it is our firm belief that there is time and space to pursue the diplomatic option that includes extremely and increasingly aggressive sanctions."

"It includes diplomatic isolation and international condemnation. And we will continue that effort," Carney said.

"We share information as a matter of course. And we share an assessment of where Iran is and what its capacities are and what timelines look like," he said.

The White House press secretary, however, refused to address reports on intelligence assessments.

"But I can tell you broadly that we are very much in agreement about Iran's ambitions, Iran's programme and about Iran's failure thus far to live up to its international obligations, which is why we have taken the lead in a broad international effort to impose upon Iran the stiffest, most severe sanctions ever imposed upon a country," he said.

"That effort continues day by day and week by week as we pressure the regime into hopefully changing course, changing behaviour, rejoining the community of nations and abiding by its obligations under a variety of UN Security Council resolutions," he said.

"I would also say that we believe there continues to be the time and space to pursue this course. It is the best course of action to ensure that Iran does not obtain a nuclear weapon. We take no options off the table, and we consult with our allies all the time about the situation in Iran with regards to its programme," Carney said. 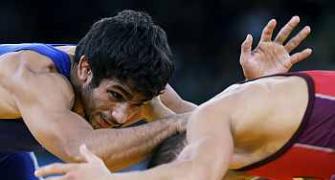