United States has frozen a record $ 1 billion (about Rs 4,500 crore) assistance package to Yemen marking a sharp about-face in the American policy towards its anti-terror ally, as Saana said that it was studying a proposal by Gulf states to end months long strife in the country.

The American freeze came as Washington was on the verge of rolling out the aid package, the largest ever bid at securing President Ali Abdullah Saleh's allegiance in its battle against Al Qaeda in the Arabian peninsula.

For the US, the massive aid package was meant to hunt down plotters of the 'underwear' bombing in 2009 and the foiled air cargo bombing plot in October and for Saleh, the money would have helped shore up its political position and reward for letting US special forces track down militants inside his country, Wall Street Journal reported.

The suspension of the aid package came as Yemeni Foreign Minister Abu Bakr al-Kurbi said that Yemen government was studying the initiative by the Gulf Cooperation Council states to end the crisis in his country.

The exit plan by the GCC offered to Saleh would see him step down, hand over power to his deputy and provides guarantee of protection and a safe exit to him and his family.

The US and its allies are strongly backing the deal, which is likely to go through by next week after a meeting in Saudi capital Riyadh between various groups in Yemen.

"The initiative of the foreign ministers of GCC is being studied by the political leadership of our country," Kurbi was quoted as saying in a statement by Al Jazeera.

The minister said that any initiative aimed at finding a solution to the crisis in his country was welcome. Quoting US officials, the Wall Street Journal said the American assistance package had been put on freeze due to the outbreak of protests in Yemen and the Saleh's heavy handed approach in delaying with it.

"The Obama administration suspension of the new aid puts a spotlight on the unravelling of a troubled anti-terror alliance with a man who has ruled Yemen like a family fiefdom for three decades," the daily said.

US officials are alarmed over the fast deteriorating situation in Yemen where elite US trained special forces have largely abandoned the fight against militants to protect the capital against protesters.

The officials were aghast that Yemeni security forces had abandoned about half of their compounds in the oil-rich Al Qaeda infested province of Shebwawhere militants are reported to have seized government arsenal including heavy artillery.

70 killed in blast at ammunition factory in Yemen 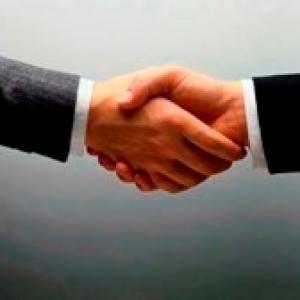