News
Business
Movies
Sports
Cricket
Get Ahead
Money Tips
Shopping
Sign in  |  Create a Rediffmail account
Rediff.com  » News » US Congressman hints at relook at plea for bar on Modi visa

On November 29 a letter signed by 25 US Representatives was sent to Secretary of State Hillary Clinton to continue denying a visa to Modi. The letter states, 'As Modi is currently seeking support for a possible bid for the prime minister of India, including meeting with leaders of foreign nations, we expect they may again request entry into the United States.' Among the signatories was Honda.

The Congressman, who was at India's 64th Republic Day celebration hosted by the Federation of Indo Americans of Northern America on January 27 in Newark, California, said some community members have taken up this issue and have talked to him about signing the letter. He told rediff.com, "There was some resistance from the community. There needs to be more information from the community point of view, so I have prepared to look at it and research it."

He added, "I want to make my own judgement. Quite a few of us did sign it, but it was to support the state department."

"They (the community) want me to look at the letter and I have planned to do that," reiterated Honda.

Dr Romesh Japra during his Republic Day speech too mentioned that Honda has agreed to look into the matter.

"We were surprised and disappointed that Honda signed this letter. This is not what we expect our Congressman to be doing unless he has facts and his own investigation," Vineet Sharma, national executive council member of the Hindu American Foundation, told rediff.com.

Sharma and community leaders had their first face-to-face meeting with Honda during the FIA function. Sharma said they had earlier met his district director at his local office in California on this issue of Modi’s visa.

Elaborating on the meeting, Sharma said at this point Honda has not made any comments. "So we are trying to set up another meeting. He was neutral at the FIA event. But he has agreed to have a detailed discussion about this issue," said Sharma.

“Honda is Congressman from the Silicon Valley which has a high percentage of American and Hindu American population. His voice is very important,” he added.

Sharma said, "Honda is innocent and he believes in human rights and civil rights and has served during World War II. That is why we thought he has to be reasonable.”

He alleged that the Coalition Against Genocide, a non-profit organisation, has pushed the letter.

The CAG in a press release posted on its website said, 'A broad alliance dedicated to justice and accountability for the Gujarat pogrom of 2002 hailed the bipartisan letter signed by 25 Congress-persons calling on the state department to maintain the ban on a US visa for Narendra Modi, chief minister of the Indian state of Gujarat.'

He said India and US were very important allies. “The community leaders want a fact-based approach.”

He alleged that the letter had inaccurate statements and was designed to attack Modi.  "If he deserves it that's fine. We Hindu Americans don't want our Congressman getting into the business of Indian politics here in America. So this issue for us is more about representation here in America. When our Congressman signed the letter, we should have been consulted because we have knowledge of this issue," noted Sharma. 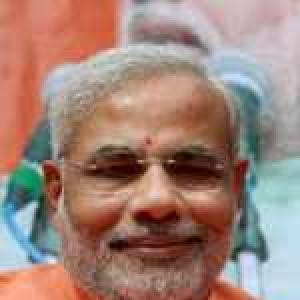 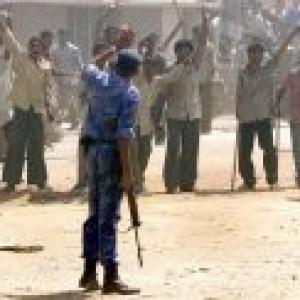