US: First batch of COVID-19 vaccine roll out of Pfizer plant

United States pharmaceutical giant Pfizer has begun shipping the first batches of its long-awaited and newly-authorised coronavirus vaccine out of a Michigan warehouse, setting in motion the biggest vaccination drive in American history at a time when the pandemic has killed nearly 300,000 people in the country. 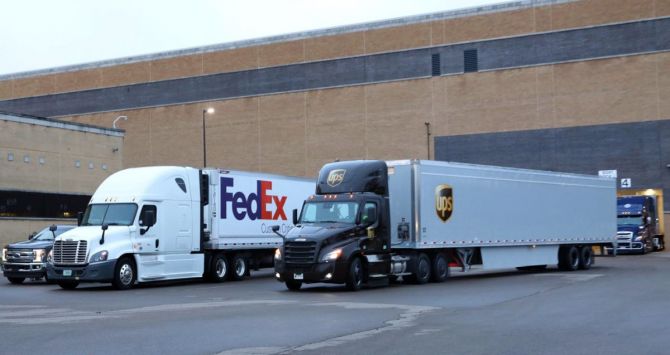 The first trucks carrying the COVID-19 vaccine for widespread use in the US pulled out of a Pfizer manufacturing plant in Michigan on Sunday, en route to 636 predetermined locations, amid a botched government response that has made the US the worst-hit country in the world.

The US Food and Drug Administration granted emergency use authorisation to the vaccine on Friday, and the US Centers for Disease Control and Prevention's Advisory Committee on Immunization Practices voted on Saturday to recommend it for people age 16 and older in the US.

The vaccine arrives at a critical moment for the US. Hospitalisations due to COVID-19 hit record highs for the seventh day in a row on Saturday.

With the winter holidays still ahead, experts warn that the pandemic could continue to get worse before the larger public receives the vaccination.

Under Operation Warp Speed, a total of 636 hospitals and clinics across the states will receive the vaccine this upcoming week.

According to CNN, freight trucks carrying about 184,275 vials of vaccine departed the plant, and the combined 189 boxes of vaccine vials are expected to arrive in all 50 states on Monday.

Another 3,900 vials are expected to ship later Sunday to United States territories, and 400 boxes packed with about 390,000 vials will ship Monday to arrive on Tuesday.

There are five doses of vaccine per vial, according to Pfizer, the news channel reported on Sunday.

Operation Warp Speed chief advisor Dr Moncef Slaoui told Fox News in an interview that they plan to have about 14 million doses of vaccine available and distributed in the US by the end of this year.

Those would be both Pfizer vaccine and the Moderna vaccine.

"And the next month, we will have about 50 million to 80 million doses distributed in January, and another same number in February. So, all in all, we hope to have immunized 100 million people, which would be the long-term care facility people, the elderly people with comorbidities, the first-line workers, the health care workers,” he said.

Slaoui said that they need to have immunised about 75 or 80 per cent of the US population before herd immunity can really be established.

Shipments of the Pfizer vaccine will set in motion the biggest vaccination effort in American history at a critical juncture of the pandemic that has killed 1.6 million and infected 71 million people worldwide.

The vaccine is offering hope in the fight against the pandemic that has killed nearly 300,000 Americans and infected 16 million people across the country.

The vaccines leaving Portage -- a city just south of Kalamazoo -- have US marshal protection to ensure they arrive safely at the hospital systems selected to receive the doses, some as early as Monday, NBC News reported.

Pfizer CEO Albert Bourla said the company was leveraging manufacturing plants in Michigan, Missouri and Massachusetts to produce and distribute the vaccines quickly.

"I couldn't be prouder of my fellow Pfizer colleagues and partners at BioNTech,” Bourla said in a video statement.

"Their historic science-driven effort has delivered a vaccine with the potential to help bring an end to the most devastating pandemic in a century," Bourla said. 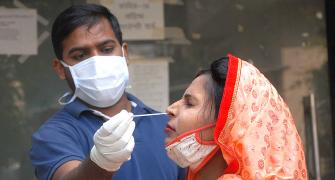 Next 4-6 months could be worst of Covid: Bill Gates 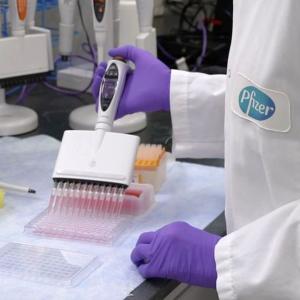