News
Business
Movies
Sports
Cricket
Get Ahead
Money Tips
Shopping
Sign in  |  Create a Rediffmail account
Rediff.com  » News » 'We will destroy India if it dares to impose war on us'

In a fresh anti-India tirade, Pakistan's Defence Minister Khawaja Asif has alleged that the assault on an Indian army base in Uri that killed 18 soldiers was a "plan devised by India itself". 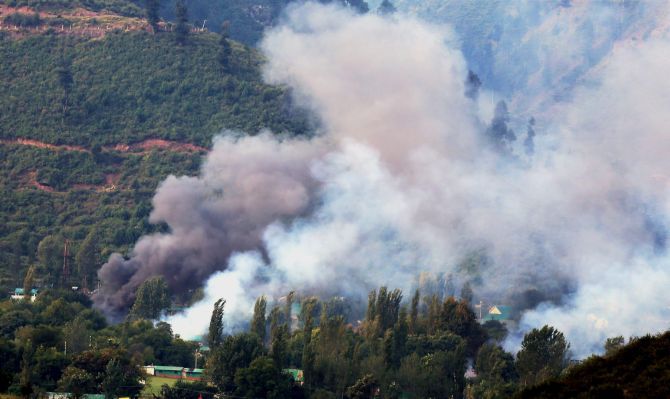 Maintaining that no proof implicating Pakistan in the Uri attack had surfaced yet, Asif told DawnNews that "it was evident the attack was a plan devised by India itself."

He claimed that India "orchestrated Uri attack to divert the attention of the world from the Kashmir issue".

India has said it has evidence showing involvement of Pakistan-based terrorists in the Uri attack and demanded that Islamabad refrain from supporting and sponsoring terrorism directed against this country.

One of the four terrorists involved in the Uri attack has been identified as Hafiz from Muzaffarabad in Pakistan-occupied Kashmir.

Asif also threatened to use nuclear weapons in case of war with India, saying his country has not made atomic device to display in a showcase.

"We will destroy India if it dares to impose war on us. Pakistan army is fully prepared to answer any misadventure of India," the defence minister told private TV channel SAMAA.

He was replying to a question about India's intention to carry out surgical strike in Pakistan.

"We have not made atomic device to display in a showcase. If a such a situation arises we will use it and eliminate India," Asif said the channel.

He said Pakistan Air Force is ready to give a befitting response to India if it violates Pakistan's airspace.

The Pakistani minister claimed that the "entire world knows now that India is not as serious about resolving the Kashmir dispute as Pakistan is".

He claimed India has not received support from anywhere despite launching a diatribe against Pakistan and added that China had, on the other hand, supported Pakistan's viewpoint.

Commenting on a bill moved in the US Congress to label Pakistan as a terrorist state, he said that anti-Pakistan elements are present in each and every country but the impacts of their voices depend on the policies of these countries.

"Five or 10 voices raised against us are not enough evidence to declare Pakistan a terrorist state," he said.

Meanwhile, military spokesman Lt Gen Asim Saleem Bajwa has said Pakistan's eastern borders are under close monitoring of the security forces who are ready to respond to any aggression.

He urged people to be vigilant and keep an eye on any suspected movement in the border areas.

Image: Smoke rises from the Uri army camp during the attack. Photograph: PTI 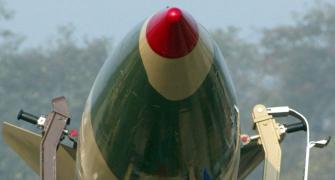 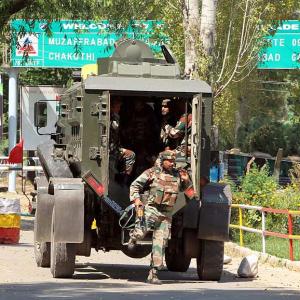