Source: PTI
December 02, 2010 13:20 IST
An united opposition on Thursday forced the adjourned of Parliament, as the opposition raised slogans for a joint parliamentary committee probe in the controversial allocation of 2G spectrum.

Congress members remained in their seats on Thursday and did not raise any slogans. Members in the well-attended Lok Sabha were dressed in their best for a group photo clicked in Parliament premises before the House met for the day. Speaker Meira Kumar's repeated pleas for allowing the Question Hour went unheeded and the House was adjourned for the day.

Just before the Rajya Sabha was called to order, Minister of State for Parliamentary Affairs V Narayanasamy walked up to Leader of the Opposition Arun Jaitley. Though it was not clear what they discussed, their body language suggested the House will not function even on Thursday.

The opposition members soon trooped into the well, shouting slogans and demanding a JPC to probe alleged irregularities in allotment of 2G spectrum. In the din, Chairman Hamid Ansari took up the first listed question of the day.

Prime Minister Manmohan Singh was present in the House. The opposition members were unrelenting and kept on shouting "We want JPC".

Some members of the ruling Congress sprang to their feet, demanding that Question Hour be taken up. In less than two minutes, Ansari adjourned the House. 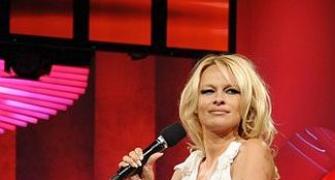 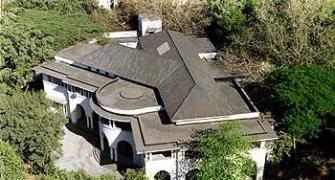 US dismisses calls for Clinton's resignation