Senior Bharatiya Janata Party leader Venkiah Naidu on Thursday charged the United Progressive Alliance government of adopting 'double standards' over the Jan Lokpal Bill. Naidu said the party would meet in Delhi on Friday to decide its stand on the Bill ahead of an all party meeting called by the Centre on July 3.

"The UPA government adopted double standards on the bill. It did not consult the opposition so far," he alleged while speaking to reporters on the sidelines of a function in Bengaluru. Naidu urged the Centre to provide his party the agenda for the all party meeting.

When asked about former prime minister and Janata Dal Secular supremo H D Devegowda's demand for Central Bureau of Investigation probe into allegations of illegal wealth amassed by his family and Chief Minister B S Yeddyarappa and some ministers who have been facing allegations of corruption, Naidu hit back saying, "Let JD(S) first respond to the 'chargesheet' published by BJP."

The state unit of BJP had on June 28 released what it called the 'chargesheet' against the opposition party, alleging that the estimated worth of known assets of Gowda's family alone was over Rs 1,500 crore.

Naidu said the opposition has been making 'baseless' allegations against Yeddyurappa and asked them to await the court verdict on cases filed against the chief minister.

Yeddyurappa, who was also present, refused to react to Gowda's demand for a CBI probe into allegations of illegal amassment of wealth. 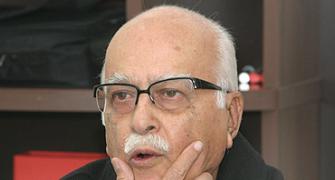