UP policewomen face action for clicking selfie with me: Priyanka

Congress general secretary Priyanka Gandhi Vadra on Thursday claimed that the Yogi Adityanath government is planning to take action against some Uttar Pradesh policewomen who had posed for a photograph with her. 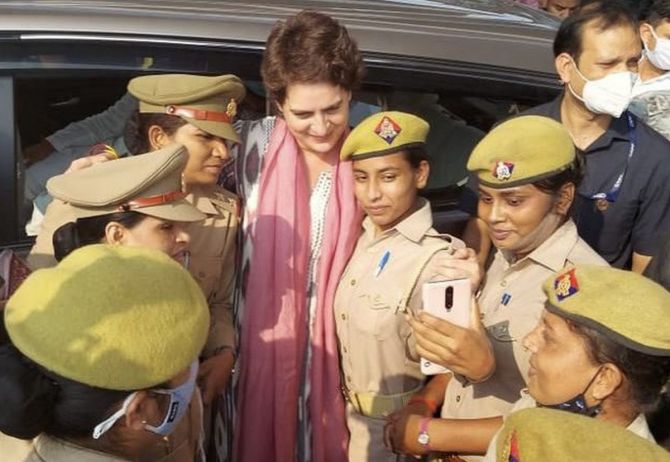 'The news is coming that Yogi ji got so upset with this picture that he wants to take action against these policewomen,' Priyanka Gandhi said in a tweet in Hindi along with the picture which is said to have been clicked on Wednesday while she was on her way to Agra to meet the family of a Dalit sanitation worker who had died in police custody.

'If it is a crime to take pictures with me, then I should also be punished as it does not suit the government to spoil the career of these hardworking and loyal policewomen,' Priyanka added.

The Congress leader was stopped on the Lucknow-Agra Expressway while she was on her way to meet the family members of Arun who was accused of stealing Rs 25 lakh from Jagdishpura Police Station in Agra and died in police custody after his health deteriorated during interrogation.

According to a senior Lucknow Police official, an inquiry has been ordered into the matter of the women police personnel posing with the Congress general secretary to see if there is any violation of service rules. 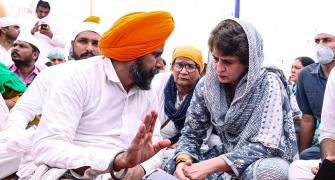 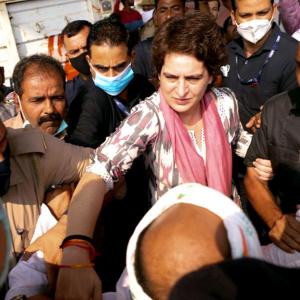