UP: Out of options, gangsters piggyback lesser-known parties

With major political parties shying away from giving them tickets for Uttar Pradesh Assembly polls, lesser-known political outfits have become a hot favourite of listed gangsters and those having a criminal past.

After Brijesh Singh was arrested in 2008 from Odisha in connection with several criminal cases pending against him, the lobby backing him tried to ensure his victory in member of Legislative Council election on a Bahujan Samaj Party ticket but instead of him, his wife Annapurna Singh was given chance by the party and she emerged victorious.

Denied ticket by major political parties, Singh has now decided to prove his strength as a candidate of Pragatisheel Manav Samaj Party from Syed Raza Assembly seat in Chandauli district.

Before his arrest, his brother Udaynath Singh alias Chulbul and nephew Sushil Singh had already entered the political arena by becoming an MLC and an MLA on Bharatiya Janata Party and BSP tickets respectively.

Similar is the case with Brijesh's bete noire Mukhtar Ansari, an independent member of Legislative Assembly form Mau who had earlier been in Samajwadi Party and BSP and is contesting polls on the ticket of Quami Ekta Dal, floated by his brothers Afzal and Sigbatullaha Ansari.

Mukhtar is in jail in connection with various criminal cases lodged against him. While Mukhtar will contest from Mau seat, his brother Sikbatullaha Ansari will be contesting from Mohammadabad seat in Ghazipur.

The case with Prem Prakash Singh alias Munna Bajrangi, a listed gangster is no different. Accused of killing BJP MLA Krishnanad Rai in 1996, Bajrangi was arrested in 2009 and had been trying to get a party ticket.

While major political parties did not accept his candidature, Apna Dal announced him as a party nominee from Madiyahoo seat of Jaunpur. The same party has given ticket to former BSP MP Atiq Ahmad, an accused in BSP leader Raju Pal murder case from

Considered a heavyweight in Western Uttar Pradesh, D P Yadav, father of Vikas Yadav an accused in the Nitish Katar murder case, is in fray from his own Rastriya Parivartan Dal from Badaun. He was denied entry into Samajwadi Party after he was shown the door by BSP.

Yadav and his wife Umlesh won 2007 assembly polls under the banner of the same party but later joined ruling BSP.

Sonu, who won the 2007 assembly polls on BSP ticket from Isauli seat has been denied ticket by the party this time and is contesting from Sultanpur and his brother Monu from Isauli constituency.

Independent MLA Akhilesh Singh, against whom a number of criminal cases are pending in Raebareli, is contesting from the Peace Party from Raebareli, which he considers his stronghold.

While leaders of the outfits which selected these persons with criminal past have defended their decision, these candidate are leaving no stone unturned to get an entry into the assembly.

National President of Apna Dal Anupriya Patel feels that once past should not be considered as criteria, and they should be given a chance. Leader of Peace Party Ayub also did not find anything wrong in fielding these candidates.
Source: PTI© Copyright 2021 PTI. All rights reserved. Republication or redistribution of PTI content, including by framing or similar means, is expressly prohibited without the prior written consent.
Related News: Bahujan Samaj Party, BJP MLA Krishnanad Rai, Peace Party, Mukhtar Ansari, Bhadra Singh
SHARE THIS STORY
Print this article
Malnutrition is a matter of national shame: Dr Singh
Long way to strike 12: Ansari tells MPs
Postpone U'khand polls to Feb 10 due to snowfall: BJP 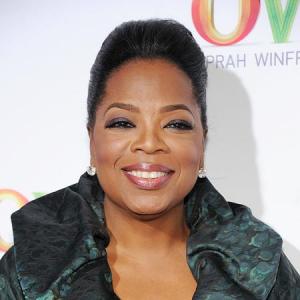 Shobhaa De to host a dinner party for Oprah?