News
Business
Movies
Sports
Cricket
Get Ahead
Money Tips
Shopping
Sign in  |  Create a Rediffmail account
Rediff.com  » News » UP officials scan for a slum to be shown to Bill Gates

Microsoft chief Bill Gates, who will be in Uttar Pradesh on a day's visit on May 30, has two key things on his agenda -- to meet India's youngest chief minister Akhilesh Yadav and visit a slum in Lucknow to get a first-hand feel of the life of the economically downtrodden in the country's most populous state.

While a meeting with Akhilesh has already been fixed, UP government officials are busy scanning their slum charts to decide which particular settlement they should showcase to the visiting dignitary.

The Bill and Melinda Gates Foundation, which is likely to adopt certain slums in Lucknow, is already funding a few mother and child health and nutrition programmes in India.

These include one in Rae Bareli, the parliamentary constituency of UPA chairperson Sonia Gandhi where it is being run for the seventh year in succession.

Lucknow Municipal Corporation officials are on their toes to finalise a slum where Gates could be taken for a round. That followed a meeting of a Gates Foundation team with UP chief secretary Jawed Usmani on Thursday.

The chief secretary is understood to be giving final touches to the agenda for the chief minister's talks with Gates.

Meanwhile, official sources said that IT savvy Akhilesh Yadav proposes to seek the Microsoft patriarch's assistance to enable the state to take the big stride through the IT roadman prepared by him. 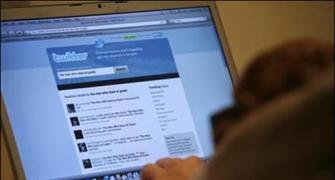 Silicon Valley companies that pay the HIGHEST salaries
Will Akhilesh's wife make it to LS from Kannauj? 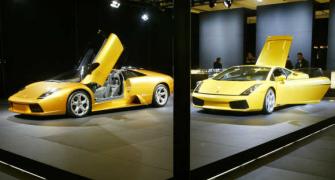 Maintain communal harmony at all costs: Akhilesh to officials