The Uttar Pradesh government on Monday accepted the demand for providing security to family members of the Hathras incident victim. 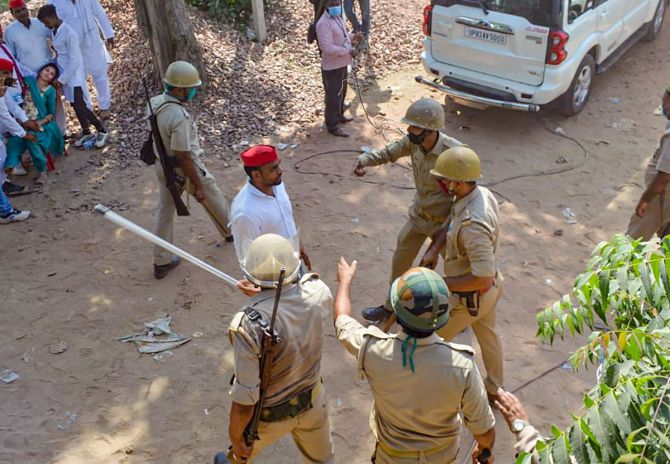 IMAGE: Police personnel baton charge on Samajwadi Party workers during their visit to meet the family members of a 19-year-old Dalit woman who was allegedly gang-raped two weeks ago, in Hathras, on Sunday. Photograph: PTI Photo

The victim's brother told ANI, "Security was very much required for our safety. We needed it. We are afraid of threats. The coming days will be more challenging for us."

Two armed policemen will be on duty for the protection of the victim's brother.

Along with the brother's security, there will be a deployment of 12-15 Provincial Armed Constabulary personnel 24x7 in the village for the family.

Also besides this, three station house officers (SHOs), a deputy superintendent of police (DSP) rank officer will also be deployed to ensure protection to the family and maintain law and order situation.

Magistrates will also keep a vigil on the entire situation. Women police will also be deployed.

Earlier victim's brother stated, "We have sought protection from the government now. We require security at the earliest and request government to provide the same."

"The family largely fears receiving threats for speaking up. Also, they fear that they might have to leave this residence (their home) following the challenges and threats in the coming days," a relative on the condition of anonymity informed.

On October 2, the Uttar Pradesh government directed to suspend SP, DSP, Inspector and some other officials based on the first report of SIT.

On October 3, the Central Bureau of Investigation (CBI) probe was ordered by the state government.

The post-mortem report reads that the victim suffered a fracture of 'C6 cervical vertebra' and there were 'extravasations of blood along the fracture line' and the underlying spinal cord was 'contused with ascending oedema'.

Hathras case sparked enormous outrage with a series of intense protests being observed across the nation.

A protest took over social media after allegedly a video of the victim's body was posted showing the administration burning the body without the presence of family members. 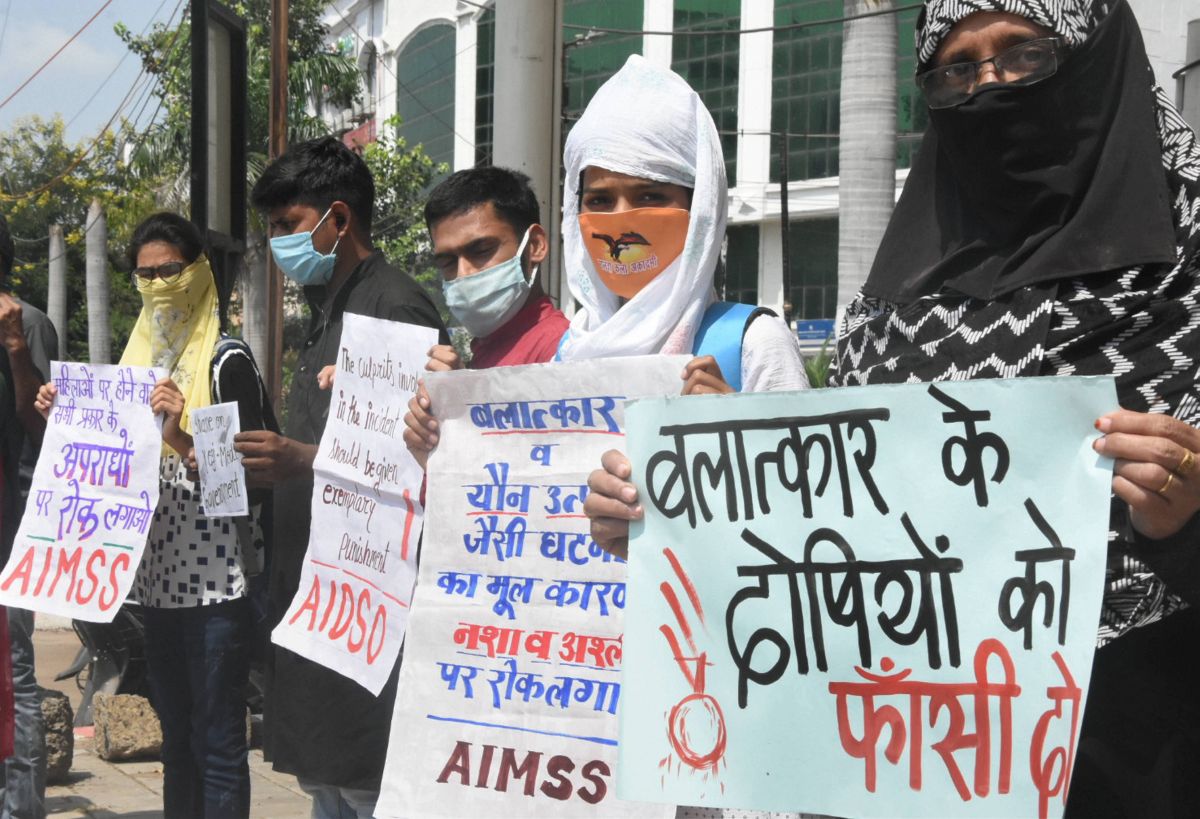