UP couple voices support for CAA through wedding card 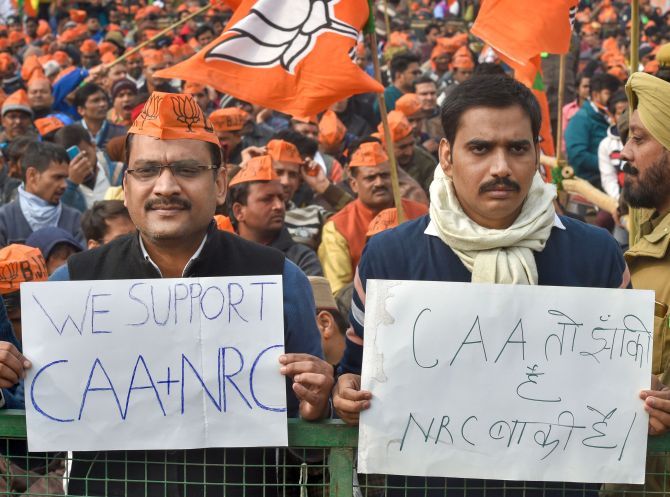 A couple in Uttar Pradesh's Sambhal district has found a unique way to show their support for the implementation of the National Register of Citizens and the newly enacted Citizenship Amendment Act.

Mohit Mishra and Sonam Pathak, who are getting hitched on February 3, have inserted a line in Hindu in bold letters on their wedding card saying, "We support CAA and NRC."

Several protests have erupted across the country after the implementation of CAA, which grants citizenship to Hindus, Sikhs, Jains, Parsis, Buddhists and Christians fleeing religious persecution from Pakistan, Afghanistan, and Bangladesh and who came to India on or before December 31, 2014.

The NRC is a register maintained by the government containing names and certain relevant information for the identification of all genuine Indian citizens.