UP cabinet keeps Lokayukta out of RTI purview

In a major decision, the Uttar Pradesh cabinet on Tuesday gave its nod to keep the office of Lokayukta out of the purview of RTI Act.

The cabinet meeting presided over by Chief Minister Akhilesh Yadav decided to keep the Lokayukta out of the purview of the RTI Act, a senior official said.

The Cabinet also decided to implement the 'Kanya Vidyadhan Yojna', the official said, adding that approval was also give for the implementation of National Optical Fibre Programme in the state.

The previous BSP government had named the University after its founder Kanshi Ram.

On July 25, the Samajwadi government had changed the names of eight districts which had been renamed by the previous Mayawati regime.

While Chhatrapati Shahuji Maharaj Nagar would be known as Amethi, Rambai Nagar would be called Kanpur Dehat. The names of Bheem Nagar, Prabuddha Nagar and Pancheel Nagar were changed to Sambhal, Shamli and Hapur respectively, the official said. 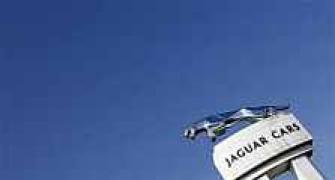