The country's top health experts on Thursday questioned the modelling methodology used by the World Health Organisation to estimate 4.7 million deaths in India due to COVID-19 or its impact, saying they were disappointed by the global health body's such "one-size-fits-all" approach adopted to arrive at the figure. 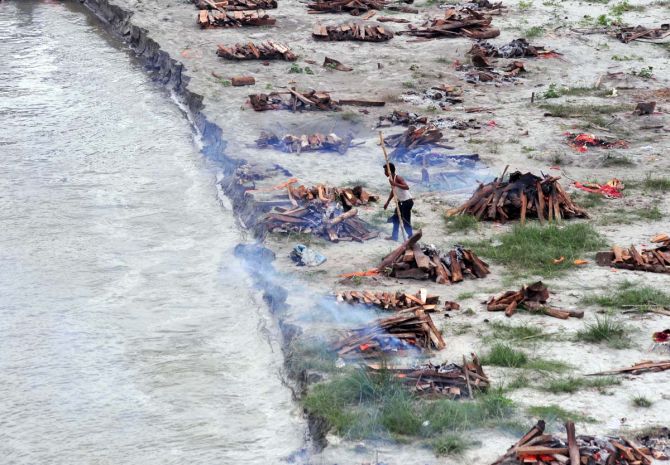 IMAGE: A municipal worker cremates bodies that washed up on the Ganges riverbank after monsoon rains swelled the river and exposed bodies buried in shallow sand graves during the peak of the 2nd wave of COVID-19 in Phaphamau on the outskirts of Prayagraj. Photograph: Ritesh Shukla/Reuters

In its report released on Thursday, the WHO estimated that nearly 15 million people were killed either by the coronavirus or by its impact on overwhelmed health systems in the past two years, more than double the official death toll of 6 million.

Most of the fatalities were in Southeast Asia, Europe and the Americas.

Rejecting the findings, Dr V K Paul said India has been clearly telling the WHO with all humility and through diplomatic channels along with data and rational reasoning that it does not agree with the methodology that has been followed for the country.

They have used a methodology for several nations which is based on systematic collection of data on deaths.

"We have a similar system, we have a robust system of CRS (Civil Registration System) and we released that report yesterday and we have actual count of deaths for 2020 and as per law and the timeline the 2021 numbers will also come up," he said.

The Civil Registration System of India provides accurate estimates emanating from the ground, certified and validated by the district and the state administration.

"We want them to have used these numbers. Unfortunately, in spite of our emphatic writing, communication at the ministerial level, they have chosen to use the numbers that are based on modelling and assumptions," Paul said.

"Modelling is a one size fits all kind of an assumption that you apply. You may apply that where the systems are poor but to apply assumptions based on a subset of states, based on reports that come from websites and media reports and then you come out with an exorbitant number is not tenable. And we are disappointed by what WHO has done," Paul stated.

These kinds of assumptions to be used for a nation of India's size and "to put us in poor light is not desirable," he added.

Assuring the country that the government has nothing to hide, Paul said there is still an active process by which Covid deaths are being reconciled.

"Our numbers are there and we have a robust system from the ground. We, therefore, do not accept this numbers, we reject them," he said.

On what would be India's next step, Paul said, "We will communicate our stance systematically. We have a rebuttal by way of educating people and the public at large through our communication through our press release. We will go back again to the WHO to explain this and at the same time we would like to make sure that our stand is put forth all across the world."

"India has performed unexpectedly well in the management of COVID-19. In fact, many very prestigious journals across the world had predicted doom for India. They thought India will just collapse both as a nation as well as an economy and as as a health system. But it never happened because we as a country came together and managed it very well," he said.

Dr Arora said India's mortality per million is among the lowest as compared to many of the advanced countries.

"I think people should now learn how to digest that even from India they can learn how to manage pandemics...I think the time has come that we should be more confident of ourselves and the way we are doing it. In fact, the world has a lot to learn from us," he said.

Dr Balram Bhargava said, "The important thing is that when we had Covid deaths occurring, we did not have a definition of death. Even the WHO did not have any definition for death....So for that definition we looked at all the data that we had, and we came to the conclusion that 95% of the deaths that occurred after testing positive for COVID-19 were occurring in the first four weeks. So a cutoff of 30 days was given for the definition of death."

"This robust definition that I think only the NHS has used it in the UK and we have used it. Many countries don't have this definition because this is dependent on given compensation and other issues. Therefore, we used this definition based on data.... So all that is systematically collected and once we have the systematic data, we do not need to rely on modelling and extrapolations and taking press reports and utilising them for putting into a modelling exercise," he said.

Dr Randeep Guleria also raised objections to the WHO report.

"And I'll give three broad reasons for that. One is that India has a very robust system of births and deaths registration...and that data is available...the WHO has not used that data.

"The second important issue is that the data that WHO has used is more on hearsay evidence, or what has been there in the media or from unconfirmed sources. That data itself is questionable. And to do a modelling on that data is not correct, and it's not scientifically the right thing to do, especially when you have data...," he said.

And the third important issue is that India has been very liberal in offering compensation to people who have died from COVID-19 and that has been there in a very open manner.

"So even if there were excess Covid-related deaths, they would have been recorded because people...would have come forward for compensation," he added. 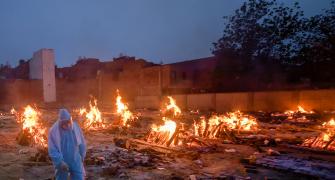 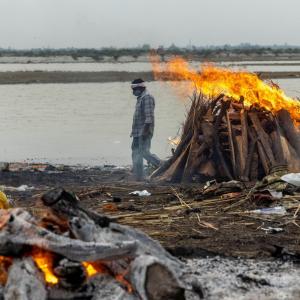 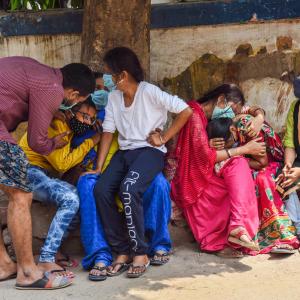