The UN Security Council has slapped sanctions, including an assets freeze and travel ban, on the Al Qaeda-linked Pakistani Taliban, which is believed to be behind a string of terror attacks in that country and last year's botched bombing attempt on New York's Times Square.

The powerful Council on Friday put the Tehrik-e-Taliban Pakistan on its international anti-terrorism sanctions list, a move highlighting the terrorist group's growing capacity to strike.

The decision to target the Pakistani Taliban comes at a time when the UN is seeking to encourage the Afghan Taliban to pursue peace talks with the government there, a prelude to a US withdrawal from the war-ravaged country.

The UK welcomed the TTP's addition to the sanctions list.

The move "sends a powerful signal of the international community's solidarity and resolve in the fight against the TTP and international terrorism," said Mark Lyall Grant, the UK's envoy to the UN.

"It (the group) has clear links to Al Qaeda at an operational level. Designating TTP under the sanctions regime will help to reduce its ability to operate effectively and perpetrate terrorist attacks."

According to the Obama administration, Faisal Shahzad, a naturalised US citizen of Pakistani origin who planted the Times Square car bomb, had acknowledged that he was trained in Waziristan, a stronghold for Al Qaeda and Pakistani Taliban.

The Pakistani Taliban, thought to be behind a number of terror attacks in Pakistan that killed hundreds of people, was formally established in 2007 and is headed by Hakimullah Mehsud. 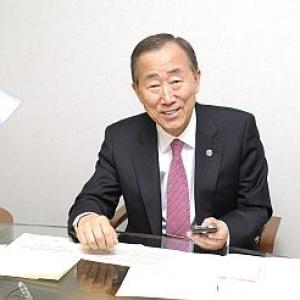 UNSC backs Ban for another term as UN chief