The rape survivor from Unnao, who was airlifted to Delhi and admitted to Safdarjung Hospital, is extremely critical and on ventilator, doctors attending to her said on Friday. 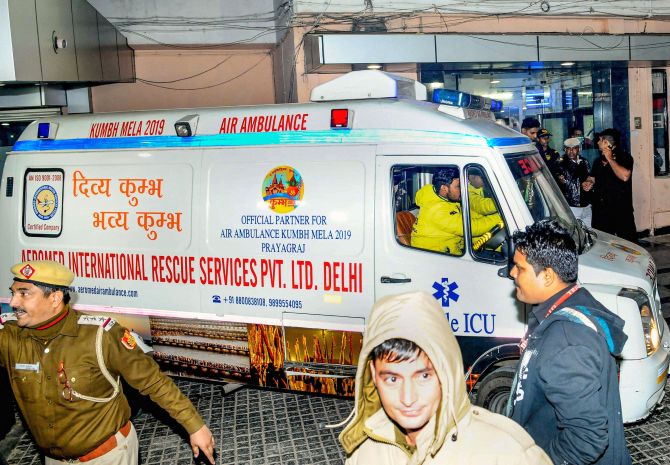 IMAGE: An ambulance carrying the Unnao rape survivor, who was set afire earlier on Thursday, arrives at Safdarjung Hospital after the state government arranged an air ambulance from Lucknow. Photograph: PTI Photo

"The condition of the patient is extremely critical and she is on ventilator. Even her vitals are very low," said Dr Shalab Kumar, Head of Burn and Plastic Surgery at the hospital.

The Delhi Traffic Police on Thursday provided a "green corridor" for hindrance-free movement of the ambulance carrying her from the airport to the hospital.

"We have set up a dedicated ICU room for the patient. A team of doctors are consistently monitoring her health condition," Dr Sunil Gupta, Medical Superintendent at Safdarjung Hospital, said.

The rape survivor suffered 90 per cent burns after five men, including two of the rape accused, allegedly set her on fire while she was on her way to court, police said.

One of the two men accused of raping her last year was granted bail 10 days ago. The other man had been on the run. All the five men involved in Thursday morning's attack were arrested within hours and the victim airlifted in the evening from the Shyama Prasad Mukherjee Hospital in Lucknow to Delhi. 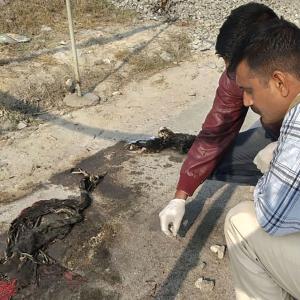