The United States on Thursday voiced concern over "disorderly" protests in Maldives, where supporters of ousted President Mohammed Nasheed disrupted the opening session of parliament, and asked all parties to work peacefully to find a solution to the political crisis under an India-brokered deal.

Washington "attaches great importance to our friendly relations with Maldives. We have welcomed the efforts of all sides to participate in a dialogue on a democratization process that could create the conditions for early elections," the US embassy in Colombo said in a statement.

The statement came as members of Nasheed's MDP party blocked the entry to Majlis, the country's Parliament, when President Mohamed Waheed Hassan arrived to open the House session for the first time since February 7.

Even before Waheed came to parliament chambers, MDP members removed chairs of the president and his cabinet ministers. They shouted slogans asking for his resignation.

"The United States is concerned by disorderly protests in Male and disruption of the opening session of the Majlis," the embassy statement said.

As the Majlis session opens, the US encourages all parties to continue to work collaboratively and peacefully toward a solution as agreed under an India-brokered roadmap document, and not allow violence to further complicate the situation, it said.

"The United States will continue to support Maldives in this process, and we stand ready to provide technical assistance on elections.

"In the interests of all Maldivians, we urge the parties to work together in a constructive and cooperative manner to reach agreement," the embassy statement said.

Nasheed, who claimed he was ousted in a coup, has been pressing for early elections before the scheduled 2013. 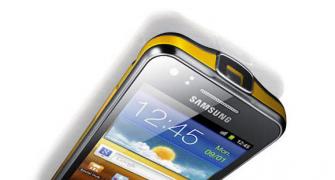