Months after the Supreme Court unseated him, former premier Yousuf Raza Gilani has claimed that an 'unannounced Bangladesh-model government' is functioning in Pakistan in the presence of a 'worthless' parliament that has no say in decision-making.

"An unannounced Bangladesh-model government is functioning in the country as decisions are taken somewhere else and Parliament is worthless. The opposition also wants such a government," Gilani said, indirectly referring to the supreme court's growing influence in the country.

"When I was declared disqualified for upholding the Constitution of Pakistan, Parliament did not put its weight behind me. And now it is shedding tears at the disqualification of other Parliamentarians with dual nationality, which is of no use now," he told reporters at the Lahore airport on Thursday.

The supreme court convicted Gilani of contempt and subsequently disqualified him after he refused to revive graft cases in Switzerland against President Asif Ali Zardari, who heads the ruling Pakistan People's Party.

The apex cour t has also disqualified 11 federal and provincial lawmakers who have dual nationality and ruled that Interior Minister Rehman Malik, a close aide of Zardari, stands to lose his seat in parliament as he had made a false declaration about his British citizenship at the time of the 2008 polls.

Gilani regretted that Parliament had failed to assert its rights. "The Pakistani Parliament should have risen to the occasion when its boss (prime minister) was shown the door by the supreme court for protecting the constitution," he said.

He said he was leaving the presidency, where he has been living since his disqualification, to go to the people as the general election would be held soon.

"I remained prime minister for about four-and-half years and stayed in the presidency for over three months and I thank President Zardari for that," he said. 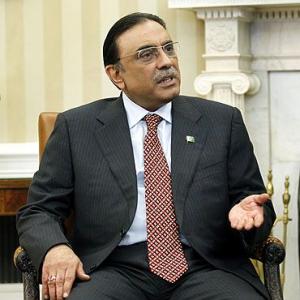 4 killed in US drone strike in North Waziristan