Uddhav strips 9 rebel ministers of portfolios, reassigns to others

Maharashtra Chief Minister Uddhav Thackeray on Monday stripped nine rebel ministers, who are camping in Guwahati, of their portfolios.

An official statement said the portfolios of these ministers have been handed over to other ministers in the Thackeray-led government for ease of administration. The key portfolio of higher education, which was with Uday Samant, was given to Aaditya Thackeray.

The charge of water supply and sanitation department, which was with Gulabrao Patil, was handed over to Anil Parab.

The departments handled by Sanidpan Bhumre (employment guarantee and horticulture) and Dada Bhuse (agriculture and welfare of ex-servicemen) were given to Shankarrao Gadakh.

The portfolios of Minister of State Shamburaj Desai were allocated to Sanjay Bansode (Home-rural) and Vishwajit Kadam (finance, planning and skill development).

Besides, different departments handled by MoS Abdul Sattar were given to Tanpure (revenue), Satej Patil (rural development) and Tatkare (ports).

In the tripartite Maha Vikas Aghadi government led by the Sena, the Uddhav Thackeray-led party had 10 Cabinet-rank ministers before the rebellion and four ministers of state (MoS), including two from the Sena quota.

All the four MoS have joined the rebel camp in Assam's Guwahati city. 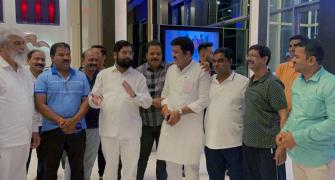 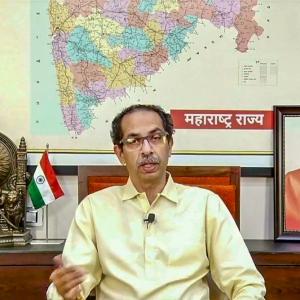 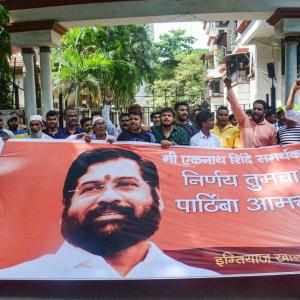