Uddhav abandoned everyone, but not ready to snap ties with Pawar: Rebel MLA

Rebel Shiv Sena minister Gulabrao Patil on Wednesday said Chief Minister Uddhav Thackeray has abandoned his 52 MLAs, but is not ready to snap ties with Nationalist Congress Party chief Sharad Pawar, in a direct attack on the Sena president. Patil said the rebel MLAs were not opportunist and did everything for the party and their leader when they were not even in a position to do so.

Patil is part of the rebellion launched by senior leader Eknath Shinde last week against the Sena.

These legislators have been urging the Sena leadership to snap ties with the NCP and the Congress that share power with their party in the Maha Vikas Aghadi government.

"He left 'Varsha' (chief minister's official residence), he abandoned 52 MLAs, he abandoned everyone, but he is not ready to snap ties with Sharad Pawar," Patil told his fellow rebel legislators in an address which was released by the dissident camp from Guwahati.

With 52, Patil was referring to 39 MLAs and independent legislators.

"Whatever we have got is also due to the sacrifices we made. We have sacrificed our household. We are not opportunist," he said.

Thackeray on Tuesday appealed to the MLAs to come back and talk to him in the wake of the rebellion that has pushed the party into its worst ever crisis and threatening the existence of his government.

Hitting back at party leader Sanjay Raut for his comment that Patil will be sent back to his pan shop, the rebel minister said, "When the time comes, I will apply chuna (limestone)." 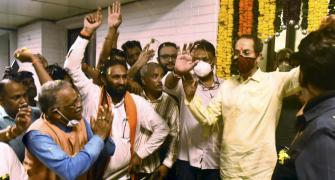 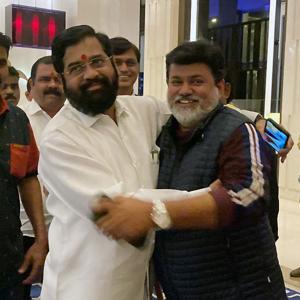 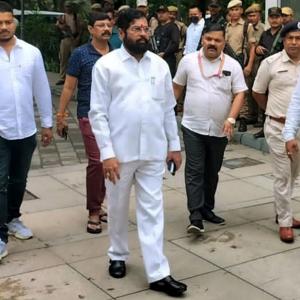