Source: PTI
November 15, 2010 15:43 IST
Telephone calls from Congress ministers at the Centre, including Union Finance Minister Pranab Mukherjee, on behalf of the party high command may have forced Dravida Munnetra Kazhagam president M Karunanidhi to seal the fate of A Raja, who was asked to resign as Union telecom minister after he landed in Delhi on Sunday night.

For Raja, who was defiantly resisting calls for his resignation at least in public, the call from Karunanidhi came after he landed in Delhi and while he was on his way home, DMK sources said.

The sources said Karunanidhi at one time made up his mind not to ask Raja to resign in the wake of the Opposition's campaign against him over the alleged scandal in 2G spectrum allocation.

But, the sources said, he could not resist the demand after calls from Mukherjee and some other ministers after an informal meeting of the Congress core committee in Parliament on Sunday, where Prime Minister Dr Manmohan Singh and Congress chief Sonia Gandhi held discussions.

The Congress leadership then decided that the DMK patriarch should be approached to cut any further loss in view of the threat by the opposition to stall Parliament proceedings till Raja is removed from the cabinet.

Earlier in the day, Raja had meetings with Karunanidhi when he apparently had no inkling of what was to happen late in the night.

That explains partly his bravado both at the Chennai airport before he left for Delhi and later when he landed in the capital when he told journalists that he was neither going to meet the PM nor was he going to resign.

But shortly later, apparently after a call from Karunanidhi, Raja called up his personal staff to type his resignation letter to be given to the PM. He then broke the news of his resignation and went to the 7, Race Course Road official residence of Dr Singh to do the needful.
Source: PTI© Copyright 2020 PTI. All rights reserved. Republication or redistribution of PTI content, including by framing or similar means, is expressly prohibited without the prior written consent.
Related News: M Karunanidhi, DMK, Congress, Dr Manmohan Singh, Raja
SHARE THIS STORY
Print this article 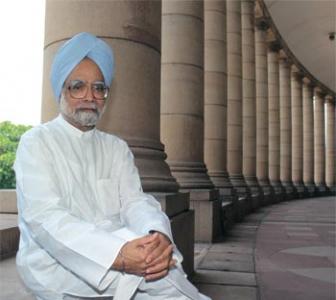 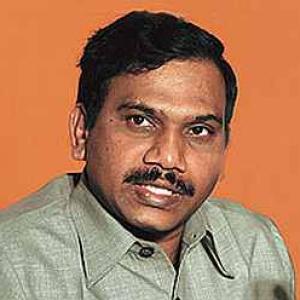