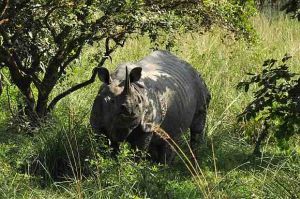 Two poachers were gunned down by security forces of Kaziranga National Park in an encounter in Jorhat, a senior forest official said on Monday.

Acting on a tip off, The KNP security forces on Sunday cordoned off the main pockets of the park as they had received specific information that a gang of four to five poachers had entered it from the Kanchanjuri side facing Karbi Anglong district, Senior Conservator of Forest Mahendra Duwara said.

As the security forces were patrolling near Ajar Katonee camp in the park, the poachers started firing and tried to flee in the dark but in the retaliatory firing, two of the hunters were killed, he said.

During search operations on Monday morning, bodies of two poachers were recovered along with a .303 rifle, a silencer, three mobile handsets, some food items and ammunition from the bag which they were carrying, Duwara said.

With the gunning down of the two poachers on Sunday, the number of such illegal hunters killed by KNP security have increased to 24 this year.