Two Indians -- Prodyut Bora and Abhik Sen -- are among the 16 people selected for this year's World Fellows Programme by the prestigious Yale University.

While Bora is the state general secretary of the Bharatiya Janata Party in Assam, Sen is managing editor of the Economist group.

Ever since the programme was launched in 2002, thirteen Indians have been selected for this prestigious fellowship -- the highest number for any country.

He directed a private software company for six years before entering politics full-time.

Sen is a managing editor at the Economist group in London, where he leads research and analysis on a range of issues influencing public policy, economic development and business across the world.

Previously, he was an editor at Bloomberg.

Sen has also worked as a journalist in Asia and headed the international operations of one of India's leading media organisations.

He is a trustee on the boards of two British charities active in the education and arts sectors.

Each year since 2002, the University has welcomed a group of exemplary mid-career professionals from a wide range of fields and countries for an intensive four-month period of academic enrichment and leadership training.

This year's World Fellows also include a Nigerian oil sector transparency advocate; a ground-breaking documentary film maker from the Netherlands; a diplomat serving as Egypt's representative to the Syrian opposition; and an innovative venture capitalist and tech entrepreneur from Korea.

"The sixteen individuals selected this year are each poised to become even more effective change-makers in their societies and around the world. This unique leadership training opportunity will no doubt inspire their many future contributions to the global community." 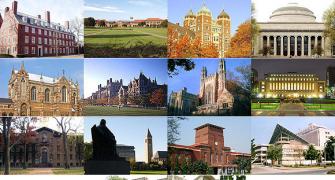 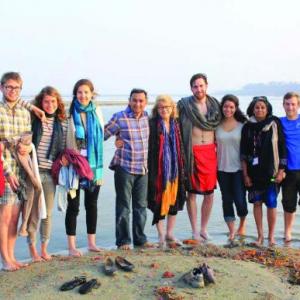