The Congress and the central government heaved a sigh of relief on Tuesday with the Supreme Court holding that the prime minister was not obliged to sanction any permission to Dr Subramanian Swamy for prosecuting Telecom Minister A Raja, who has since resigned, in the 2G spectrum scam.

That lifts a load off Dr Manmohan Singh's chest as the court had sent a notice to the government last week to file an affidavit on his inaction in sanctioning the prosecution.

Dr Swamy had moved the apex court seeking the prime minister's sanction to prosecute Raja, citing the inordinate delay in response to applications filed one after another to get the nod for taking the telecom minister to court.

The bench of Justices G S Singhvi and A K Ganguly that had only on Monday chided the media for misreporting notice to Dr Singh agreed with Attorney General Ghulam E Vahanvati's submission that Dr Swamy's petition asking the PM for sanction was 'misconceived and premature' in law.

The petition became infructuous after Dr Swamy told the court that he neither blames the PM for alleged inaction nor does he require sanction as it amounted to dropping his main prayer to issue directions to Dr Manmohan Singh to grant sanction for prosecution of Raja.

Vahanvati, appearing on behalf of the Prime Minister's Office, took the stand that 'there is no question of considering a sanction to prosecute when no criminal complaint was filed at all'.

Asserting the settled law that there is no question of sanction merely on the institution of a compliant, he argued that 'till date, the petitioner has not even filed a complaint in the competent court and in such circumstances, the question of sanction cannot and does not arise.'

Vahanvati contended that the sanction is necessary only after a court takes cognizance of the complaint and issues summons to the accused; even the court ordering further investigation under section 156 (3) CrPC is not enough.

Challenged the AG's contention, senior advocate Prashant Bhushan, counsel for the Centre for Public Interest Litigation, said where was the need to go to the administrative authority for sanction after the court has already applied its mind by taking cognizance.

Dr Swamy also countered the AG, asserting that he was free to seek sanction even without filing a complaint on the basis of the material placed by him before the prime minister.

Dr Swamy later told media persons that he would file a criminal suit against Raja in the first week of December in a Delhi court as the sanction is not necessary after his resignation.

He also gave a clean chit to the prime minister whom he had earlier accused of alleged inaction on his applications to grant sanction to prosecute Raja. He told the court that there was no malafide on the part of the prime minister, as he was misled by the law ministry and bureaucrats.

On the point of sanction, Dr Swamy pleaded with the Supreme Court to lay down guidelines on the procedure to be adopted for grant of sanction against public servants involved in corruption. 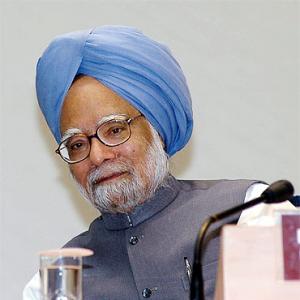