2 Americans held for being 'ISI agents'

Charged along with Fai (62), a Kashmiri American citizen, was Zaheer Ahmad, 63, also a US citizen and resident of Pakistan.

The complaint alleges that the defendants have conspired to: 1) act as an agent of a foreign principal without registering with the Attorney General in violation of the Foreign Agents Registration Act (FARA); and 2) falsify, conceal, and cover up material facts they had a duty to disclose in matters within the jurisdiction of Executive Branch agencies of the US government.

Fai was arrested on Monday morning, but the Department of Justice said that Ahmad remains at large and is believed to be in Pakistan.

Both face a potential sentence of five years in prison if convicted.

The KAC would regularly hold press briefings at the National Press Club and conferences including a major annual conference on Capitol Hill, which would be attended by influential US lawmakers who would bemoan the situation in the Valley and the alleged gross human rights abuses there being perpetrated by Indian security forces and para-military groups.

These conferences would also always be attended by the Pakistan ambassador to the US Husain Haqqani and senior Pakistan government officials as well as legislators.

Assistant Attorney General for National Security Lisa Monaco, in announcing the arrests and the charged levied against Fai and Ahmad, said, "The Foreign Agents Registration Act is designed to ensure that the US government and American public know the underlying source of information and identity of persons attempting to influence US policy and laws."

She said, "The defendants are accused of thwarting this process by concealing the fact that a foreign government was funding and directing their lobbying and public relations efforts in America."

"Fai is accused of a decades-long scheme with one purpose -- to hide Pakistan's involvement behind his efforts to influence the US government's position on Kashmir," said US Attorney MacBride.

"His handlers in Pakistan allegedly funneled millions through the Kashmir Centre to contribute to US elected officials, fund high-profile conferences, and pay for other efforts that promoted the Kashmiri cause to decision-makers in Washington."

"Fai's alleged conduct illustrates the risk to our fair and open government. The charges underscore the dedication of Special Agents who enforce laws -- like the FARA violations charged here -- that are designed to detect and defeat those who attempt to surreptitiously exert foreign influence on our government by using agents who conceal their foreign affiliations."

According to an affidavit filed in support of the criminal complaint, Fai serves as the director of the Kashmiri American Council, a non-governmental organization located in Washington, DC, that was founded in 1990 and also goes by the name "Kashmir Centre."

The KAC describes itself in educational materials as a "not-for-profit organization dedicated to raising the level of knowledge in the United States about the struggle of the Kashmiri people for self-determination."

The affidavit alleges that, although the KAC held itself out to be a Kashmiri organization run by Kashmiris and financed by Americans, the KAC is one of three "Kashmir Centres" that are actually run by elements of the Pakistani government, including Pakistan's military intelligence service, the Inter-Services Intelligence Agency.

The two other Kashmir Centres are in London, England, and Brussels, Belgium.

According to the affidavit, a confidential witness told investigators that he participated in a scheme to obscure the origin of money transferred by Pakistan's ISI to Fai to use as a lobbyist for the KAC in furtherance of Pakistani government interests.
The witness explained that the money was transferred to Fai through Ahmad, an American living in Pakistan.

A second confidential witness told investigators that the ISI created the KAC to propagandize on behalf of the government of Pakistan with the goal of uniting Kashmir.  This witness said ISI's sponsorship and control of KAC were secret and that ISI had been directing Fai's activities for the past 25 years.

When questioned by the FBI about these relationships in March 2007, Fai allegedly stated that he had never met anyone who identified himself as being affiliated with the ISI.

The affidavit alleges that Fai has acted at the direction of and with the financial support of the Pakistani government for more than 20 years.  The affidavit alleges that four Pakistani government handlers have directed Fai's US activities and that Fai has been in touch with his handlers more than 4,000 times since June 2008.  Fai's handlers have also allegedly communicated with Ahmad regularly. 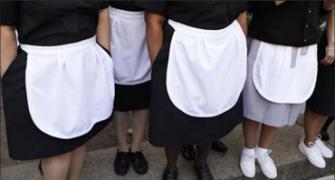