The case took a twist when the defence lawyer sought to call Indian Mujahideen co-founder Sadiq Sheikh as a defence witness after he told the police in 2008 that IM members were responsible for all the blasts that had occurred in India since 2005 including the July 11, 2006 train blasts. 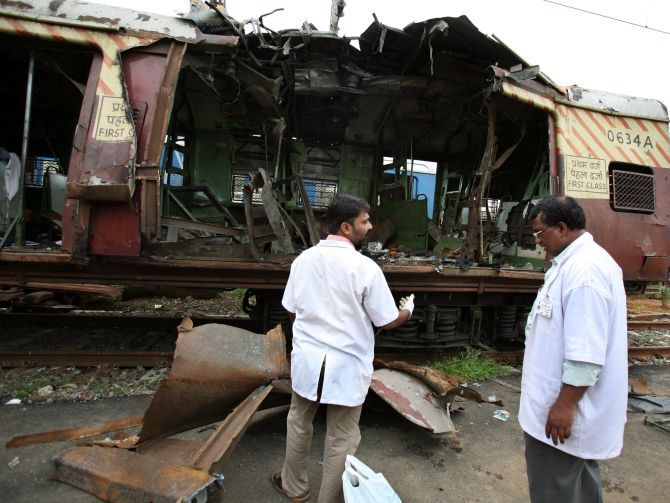 Nine years after serial bomb blasts on trains shocked Mumbai killing 189 people, a special court in Mumbai convicted 12 accused, all allegedly with links to the banned Students Islamic Movement of India, holding five of them guilty for murder which could attract the death penalty.

Delivering the verdict, Special Maharashtra Control of Organised Crime Act Judge Yatin D Shinde held 12 of the 13 accused guilty while acquitting one of them.

The accused were found guilty of charges under the Indian Penal Code, Explosives Act, Unlawful Activities Prevention Act, Prevention of Damage to Public Property Act, Indian Railway Act and those under the Maharashtra Control of Organised Crime Act.

Five of the accused were found guilty of murder. The court also found all the 12 accused guilty under Section 3 (1) (i) of the Maharashtra Control of Organised Crime Act, which could also attract capital punishment.

During the investigations, 13 accused, all of them Indians, were arrested and brought to trial. The chargesheet filed by the Anti-Terrorism Squad in November 2006 had named 30 accused, 17 of them absconding and of which 13 are said to be Pakistani nationals. The absconding include Azeem Cheema, a member of the Lashkar-e-Tayiba.

Arguments for the quantum of sentence are likely to begin on Monday, September 17.

The ATS chargesheet had said that improvised explosive devices were made in a room in Govandi, north-east Mumbai, and some Pakistani nationals were present during the bomb-making.

During the trial that ran for eight years, the prosecution examined 192 witnesses, including eight Indian Police Service and five Indian Administrative Service officers as well as 18 doctors. The defence lawyers examined 51 witnesses and one person was called as a court witness.

The MCOCA judge had concluded the trial on August 19 last year. The examination of witnesses resumed after two years since the Supreme Court had stayed the trial in 2008.

Before the stay, the prosecution had already examined a police officer. The Supreme Court vacated the stay on April 23, 2010.

Of the 13 accused arrested by the ATS between July 20, 2006 and October 3, 2006, 11 confessed their involvement in the blasts, but later retracted their statements.

Reacting to the verdict, former Mumbai police commissioner A N Roy, who played a key role in the investigation, said he was happy that the court endorsed the chargesheet submitted after thorough investigations by the Mumbai police and ATS.

"The investigations were done thoroughly by the Mumbai police and the ATS. To start with it was a blind case. We had no clue. I am satisfied with the verdict," Roy said. "Out of the 13 accused who were tried, 12 have been convicted while one is acquitted." 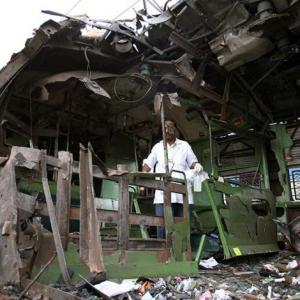 'I want to see the 7/11 perpetrators punished'