Turmoil in Parl, both Houses adjourned for 5th consecutive day 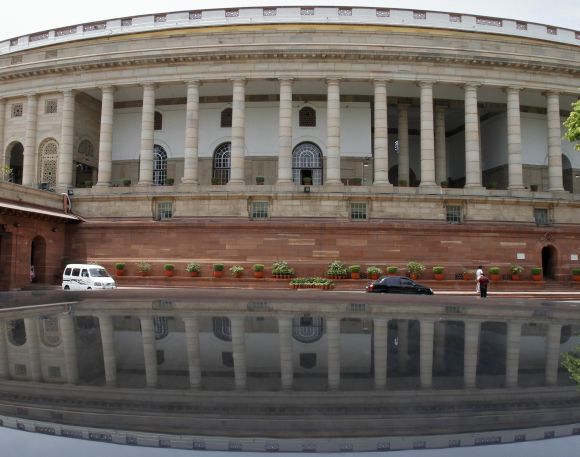 Turmoil in Parliament over Telangana and other issues took a toll on the proceedings for the fifth consecutive day on Tuesday, resulting in transaction of no substantial business in both Houses.

The ruckus in both Houses, however, did not deter the Chair to allow introduction of four bills -- three in Rajya Sabha and one in Lok Sabha -- as members of several parties trooped into the Well raising slogans on their demands.

As soon as Lok Sabha met for the day, it was adjourned till noon within minutes, after members condoled the death of people in different accidents in Odisha and West Bengal.

When it reassembled at noon, over 40 members from different parties, walked into the Well raising various issues, including Telangana and plight of Tamil fishermen.

Amid continuing pandemonium, Speaker Meira Kumar adjourned the House till tomorrow after laying of papers and introduction of a bill seeking to acquire certain areas in Mumbai for the Bhimrao Ambedkar Memorial.

In the din, the speaker allowed Congress member Thokchom Meinya to raise the issue of attacks against Northeastern people in different parts of the country, including Delhi. He claimed that "racial profiling" of these citizens was being carried out and wanted urgent action to check the menace.

Pandemonium prevailed in Rajya Sabha too, with the House witnessing unruly scenes, leading to three adjournments in the pre-lunch session. The House was adjourned for the day minutes after 2 pm by Deputy Chairman P J Kurien as members entered the Well raising slogans in support of their issues.

Amid the din, the Human Immunodeficiency Virus and Acquired Immune Deficiency Syndrome (Prevention and Control) Bill, 2014 and the Constitution (Scheduled Castes) Orders (Amendment) Bill, 2014, were introduced. The Street Vendors (Protection of

Livelihood and Regulation of Street Vending) Bill, 2013 was introduced at 2 pm.

At noon in Lok Sabha, members from Andhra Pradesh, including those from the Congress, carried placards saying 'Jai Samaikyandhra' and 'Save Andhra Pradesh'. They entered the Well and raised slogans while those demanding creation of a separate Telangana state also raised their demand.

The government proposes to bring the Telangana bill in the current session despite sharp divide among political parties, including within the ruling Congress, over the issue.

Many Left party members raised the issue of rapes in West Bengal and Kerala. They were carrying placards which referred to alleged rape at a Congress office in Kerala.

Akali Dal members highlighted the issue of anti-Sikh riots of 1984 with demands that Congress Vice President Rahul Gandhi should reveal names of those who responsible.

All India Anna Dravida Munetra Kazhagam members as well as Samajwadi Party member of Parliament Shailendra Kumar also raised slogans but were inaudible in the din. As soon as Rajya Sabha met for the day members from the Telugu Desam Party, the Dravida Munetra Kazhagam, the Congress and V Maitreyan of the AIADMK trooped into the Well.

Maitreyan, upset with Rajya Sabha bulletin naming unruly MPs, tore copies of bulletin and flung them towards the Chair. Demanding that the bulletin be withdrawn, he shouted "we want justice" even as the Chair tried to convince him to go back.

Seemandhra MPs belonging to Congress and TDP waved placards in the Well while a number of Congress MPs from Telanagana region including V Hanumanth Rao shouted slogans in favour a separate Telangana.

TDP MP Gundu Sudha Rani was seen displaying a placard with the slogan 'We demand Telangana Bill in Parliament'. Amid the din, Ansari adjourned the House for 10 minutes. When the House reassembled, similar scenes were witnessed, leading to its adjournment till noon. The House was then adjourned till 2 pm as similar scenes continued.

At 2 pm, members of the AIADMK, the DMK, the TDP and one from the Congress carried placards and shouted slogans while raising their issues. The deputy chairman allowed introduction of the Street Vendors Bill before adjourning the House for the day. 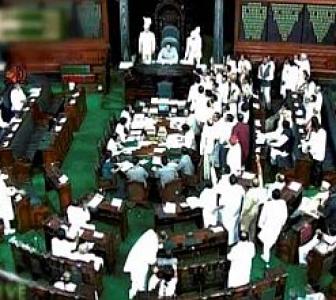 Ugly scenes in Parliament over Telangana, other issues 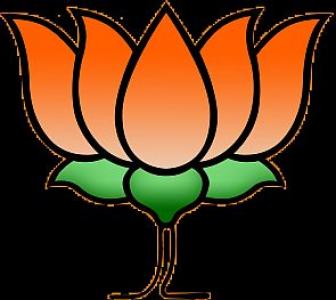 Is BJP in doubt over Telangana? Won't be the first time 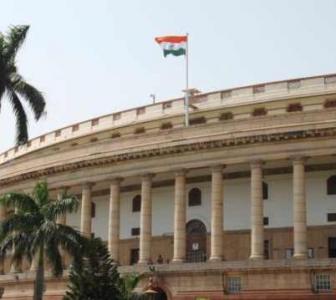 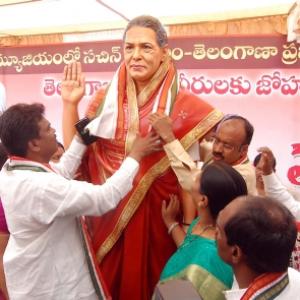 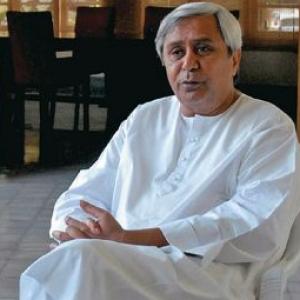