IMAGE: US President Donald Trump delivers remarks on immigration policy in the Rose Garden of the White House in Washington on Thursday. Photograph: Joshua Roberts/Reuters

United States President Donald Trump on Thursday rolled out a merit-based immigration system from which foreigners, including hundreds and thousands of Indian professionals and skilled workers, waiting to get Green Cards or permanent legal residency stand to benefit.

The immigration reform proposals significantly increase the quota for skilled workers from existing nearly 12 per cent to 57 per cent.

Besides, under the proposed reforms, immigrants will be required to learn English and pass a civics exam prior to admission.

The major immigration policy, however, is unlikely to see the Congressional nod soon, given the bitter across the aisle political divide between the Democrats, who have majority in the House of Representatives, and the Republicans who control the Senate.

Trump, in his Rose Garden announcement, himself conceded the difficulties ahead in getting his plan become the law of the day.

Signaling to make it an election issue next year, Trump said the Republicans needs to regain control of the House, retain majority in the Senate and he himself be re-elected to the White House.

Ruing that the current system of legal immigration has failed to retain and attract the talent and brilliant young people from across the globe, Trump said he is proposing a merit-based immigration system wherein permanent legal residency would be given based on points for their age, knowledge, job opportunities and their civic sense.

"Under the senseless rules of the current system, we're not able to give preference to a doctor, a researcher, a student who graduated number one in his class from the finest colleges in the world, anybody. We're not able to take care of it. We're not able to make those incredible breakthroughs," Trump said.

"If somebody graduates top of their class from the best college, sorry, go back to your country. We want to keep them here," he said in a major Rose Garden speech.

The President said companies are moving offices to other countries because 'US immigration rules prevent them from retaining highly skilled even if they are totally brilliant people'.

As of now, about 66 per cent of the Green Cards are given to those with family ties.

"Some of the most skilled students at US's world-class universities are going back home because they have no relatives to sponsor them here in the United States, and that's the only way. We want these exceptional students and workers to stay and flourish and thrive in America," Trump said amidst applause from the audience.

Observing that only 12 per cent of legal immigrants are selected based on skill or merit, he said in countries like Canada, Australia, and New Zealand and others, that number is closer to 60 per cent, and even 70 per cent and 75 per cent in some cases.

"The biggest change we make is to increase the proportion of highly skilled immigration from 12 per cent to 57 per cent, and we'd like to even see if we can go higher," he said.

"This will bring us in line with other countries and make us globally competitive," Trump said.

At the same time, the US will prioritize the immediate family of new Americans, spouses and children, he said.

Trump asserted that his proposal is pro-American, pro-immigrant, and pro-worker.

"It's just common sense. It will help all of our people, including millions of devoted immigrants, to achieve the American dream," he claimed.

Trump said his plan stops illegal immigration and fully secures the border. It establishes a new legal immigration system that protects American wages, promotes American values, and attracts the best and brightest from all around the world, he said.

"The proposal begins with the most complete and effective border security package ever assembled by our country or any other country," the President said.

"The administration isn't able to go it alone – Congress must carry out its Constitutional duty to legislate to address the serious challenges at our southwest border. I am hopeful this proposal will open negotiations. We must address the growing humanitarian and national security crisis," Rogers said.

"It repackages the same partisan, radical anti-immigrant policies that the administration has pushed for the two years – all of which have struggled to earn even a simple majority in the Senate let alone 60 votes," he said. 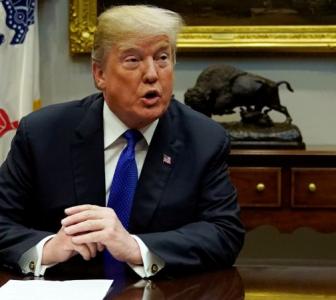 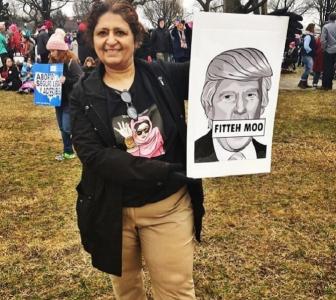 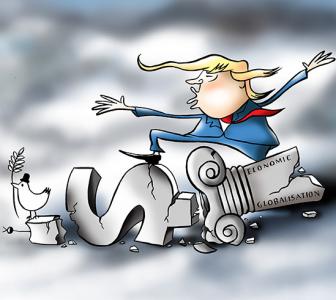 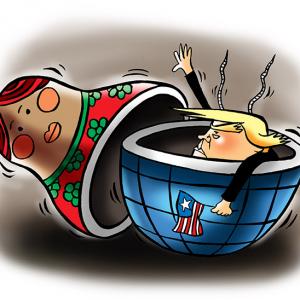