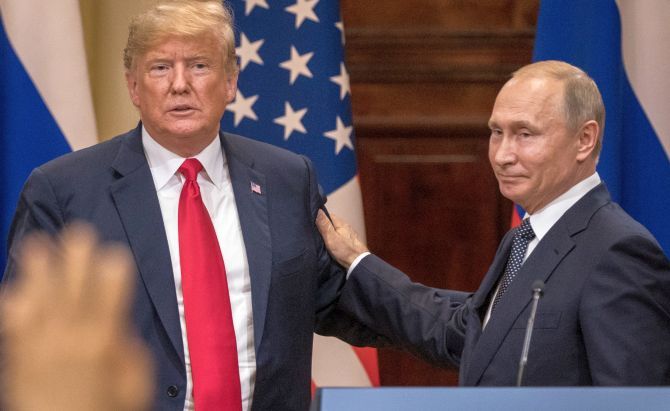 IMAGE: US President Donald Trump met his Russian counterpart Vladimir Putin in a historic meet in Helsinki, Finland. The two leaders met one-on-one and discussed a range of issues including the 2016 US Election collusion. Photograph: Chris McGrath/Getty Images

The announcement comes days after Trump and his Russian counterpart held their maiden summit in Helsinki on Monday.

The tweet came hours after Trump tweeted that he was “looking forward” to meeting again with Putin to “start implementing” some issues they discussed during their summit earlier this week.

However, the date of Putin’s visit to Washington, DC has not been announced yet.

“That’s going to be special”, Director of National Intelligence Dan Coats told the Aspen security conference in Colorado when asked about the invitation to Putin.

Coats also told the conference that he did not know what was discussed during the Trump-Putin meeting in Helsinki.

The invitation comes as the Trump administration has faced a tumultuous week in the aftermath of the US president’s summit with Putin in Helsinki.

US lawmakers blasted Trump for not backing the American intelligence community’s claim that Russia interfered in the 2016 presidential election during his press conference with Putin.

Senator Jeff Flake, a Republican and a vocal critic of Trump, had labelled his performance as “shameful”.

The press conference in Helsinki was one of the “most disgraceful performances” by an American president in memory, Republican Senator John McCain had said.

Trump, however, termed the summit a “great success” and rejected the political outrage as “fuss” created by the “fake news media”.

“The Summit with Russia was a great success, except with the real enemy of the people, the Fake News Media. I look forward to our second meeting so that we can start implementing some of the many things discussed, including stopping terrorism, security for Israel, nuclear proliferation, cyber attacks, trade, Ukraine, Middle East peace, North Korea and more,” he said in a tweet.

“There are many answers, some easy and some hard, to these problems... but they can ALL be solved!” Trump said.

Putin has signalled in the wake of his summit with Trump that he and the US president reached several agreements, but neither Trump nor the White House have confirmed any substantive agreements between the two countries. 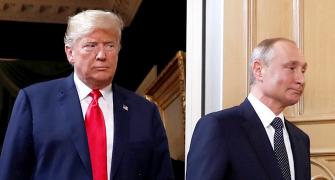 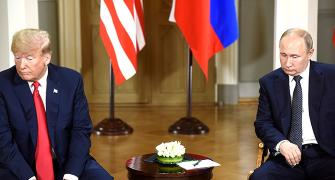 'Said would instead of wouldn't': Trump says he misspoke on Russia meddling 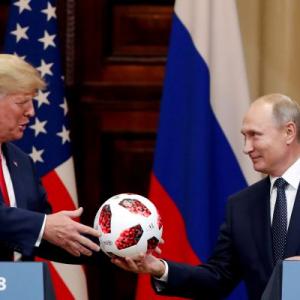 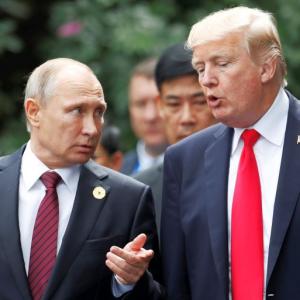