President Donald Trump has announced that the United States will terminate its relationship with the World Health Organisation, saying it had failed to undertake greatly needed reforms and 'mislead' the world about the coronavirus when it emerged in China.

Trump has accused the WHO of failing to hold Beijing to account over the coronavirus pandemic.

"China has total control over the World Health Organisation," he said on Friday while announcing measures aimed at punishing China.

"Because they have failed to make the requested and greatly needed reforms, we will be today terminating our relationship with the World Health Organisation and redirecting those funds to other worldwide and deserving, urgent global public health needs," Trump said.

The President said that the 'world needs answers from China on the virus. We must have transparency'.

He said that China had 'instigated a global pandemic that has cost over 100,000 American lives'.

The President accused China of pressurising the WHO to 'mislead the world' about the virus.

Trump, who is seeking re-election in November, has been criticised for his own handling of the pandemic.

He has blamed China for trying to cover up the coronavirus outbreak.

China has rejected the US allegations and asked American politicians not to use the pandemic for political purposes.

The pandemic, that has killed 360,000 people and infected over 5,871,347 others globally, originated from the central Chinese city of Wuhan in December.

The US is the biggest funder of the global health body, paying about $450 million in membership dues and voluntary contributions for specific programmes.

At the White House event, Trump also announced a series of decisions against China, including issuing a proclamation to deny entry to certain Chinese nationals and tightening of regulations against Chinese investments in America.

The president, however, did not take any questions.

For decades, China has ripped off the US like no one has ever done before, he said.

Observing that the world is now suffering as a result of the malfeasance of the Chinese government, Trump reiterated that China's cover-up of the Wuhan virus allowed the disease to spread all over the world.

The President has also said that if the WHO had acted appropriately, he could have instituted a travel ban on people coming from China sooner.

China, he said, has total control over the WHO despite only paying USD 40 million per year compared to what the US has been paying which is approximately $450 million a year.

On May 19, Trump sent a four-page letter to the WHO director-general Tedros Adhanom Ghebreyesus warning he would permanently cut US funding of the WHO and reconsider US membership if the organisation did 'not commit to major substantive improvements within the next 30 days'.

Earlier this month, the World Health Assembly (WHA) of member states agreed there should be a thorough review of the organisation's response to the pandemic.

But health experts and US lawmakers have expressed concern over defunding the organisation amid a pandemic.

'COVID-19 affects us all and does not respect borders; defeating it requires the entire world working together,' Harris said in a statement.

'In the strongest terms possible, the American Medical Association urges the President to reverse course and not abandon our country's leadership position in the global fight against COVID-19.'

The Republican party Senator Lamar Alexander of Tennessee, chair of the Senate Health, Education, Labor and Pensions Committee, said, 'I disagree with the president's decision.'

'Certainly there needs to be a good, hard look at mistakes the World Health Organization might have made in connection with coronavirus, but the time to do that is after the crisis has been dealt with, not in the middle of it,' Alexander said in a statement.

US 'very saddened' by what happened to the relationship with China: Trump

President Trump said the US is 'very saddened' by what happened to its relationship with China, hours after he announced a series of decisions against it and blamed the Chinese government's 'malfeasance' for the death and devastation caused by the COVID-19 pandemic worldwide.

Amid escalating bilateral tensions over the coronavirus pandemic, trade issues and Beijing's new controversial security law in Hong Kong, Trump announced a series of decisions including issuing a proclamation to deny the entry to certain Chinese nationals and tightening of regulations against Chinese investments in America.

"We're talking about doing a lot of things and we're very, very saddened by what happened to our relationship with China. They should have never allowed this to happen. They could have stopped it at the source. We asked them to come in and help them, and they didn't want help from anybody, even the World Health Organisation," he told reporters at the White House on Friday.

Trump said that China contained the virus within its own territory but did not stop it from spreading around the world.

"Countless lives have been taken and profound economic hardship has been inflicted all around the globe," Trump said.

"They did not do a good job. So, I don't know if it was incompetence or it was done for some other reason, but I know that I didn't see anything in Beijing and I didn't see anything in other Chinese cities, but I did see them in New York and London, in Paris. We saw them in Spain and we saw them in Italy. We saw that the enemy, the invisible enemy come out," he said.

Led by the US, several countries in the world have blamed China for the spread of coronavirus and its failure to provide timely information about the disease, leading to the death of over three lakh people and causing an unprecedented economic crisis.

Trump has been pressing China to agree for an inquiry into the origin of the virus, including the allegation that it emerged from a bio-lab in the central Chinese city of Wuhan.

"The world is now suffering as a result of the malfeasance of the Chinese government," he said. 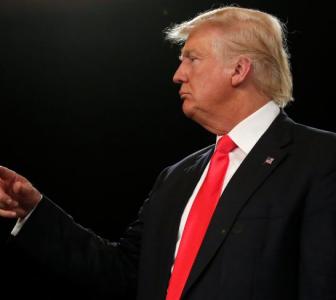 Amid COVID-19 battle, Trump halts funding to WHO 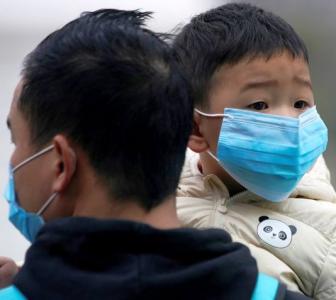 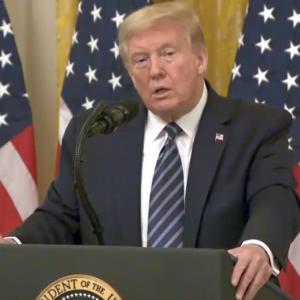 WHO literally a pipe organ for China: Trump