By Ritu Jha
November 22, 2011 23:27 IST
For the first time in the past 11 months the United States District Court of Northern California favoured former students of the Tri-Valley University.

On November 10, the Grand Jury issued a superseding indictment in the federal criminal prosecution of Susan Xiao-Ping Su, founder and president of the TVU. The new indictment replaces the previous one issued against her. It acknowledges for the first time that TVU students were victims of fraud. Since this is a superseding indictment, the government did not oppose Su's motion to dismiss the original indictment.

The California-based university was shut down on January 19 by federal agents following an alleged immigration scam, which affected 1,500 students, 90 per cent Indians.

"This is a significant development, as prior to this new indictment, the Department of Justice had not officially recognised the fraud by Susan Su against the students," Kalpana V Peddibhotla, attorney and member of the North American South Asian Bar Association, who has been working as a pro bono for most of the TVU students, told rediff.com.

Raj Kumar, a former TVU student, said, "This is a ray of light in the darkness. If TVU students are considered to have been cheated, they should re-instate us back to F1 status without delay. Every day passing day is important to us. I hope the United States Citizenship and Immigration Services considers this development."

Su, was arrested on May 2. She has been indicted by the federal grand jury on various criminal counts, charging her with wire fraud, mail fraud, visa fraud and conspiracy to commit visa fraud, use of a false document and making false statements to a government agency.

The superseding indictment court record states, from in or about September 2008 through on or about January 19, 2011, in the Northern District of California and elsewhere, defendant Susan Xiao-Ping Su and others engaged in an illegal scheme to defraud non-immigrant aliens of money and property, and specifically tuition and other fees.

However, the original indictment alleged Su and others engaged in an illegal scheme to defraud the United States by submitting fraudulent documents to the Department of Homeland Security in support of TVU's petition for approval to admit foreign students and, after having obtained such approval, fraudulently issuing visa-related documents to foreign students in exchange for tuition and fees.

Described as a 'Christian Higher Education' institution aiming to offer quality higher education in engineering and business management, Su enabled to enroll in about 1,500 students with her fraudulent schemes. The report states that as part of the scheme to defraud, TVU received the student and exchange visitor programme approval to admit F-1 students and others recruited and admitted them as TVU students without regard to their academic qualifications and intent to pursue a full course of study.

"The case is continuing," said Ginny Walia, of the Walia Law Firm and is a defendant attorney of Ramakrishna Reddy Karra to rediff.com. The latest court hearing was on November 7.

At a court hearing October 11, the students had pleaded not guilty in the federal court in Oakland, California. Many Indian students in US may be deported! 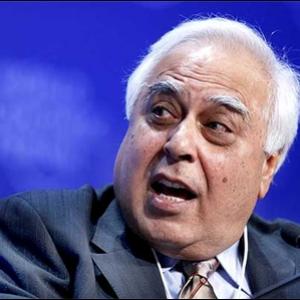 India has enough safeguards to keep away sham