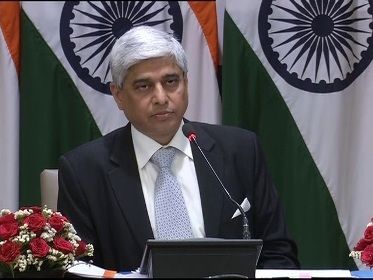 The 56-year-old Indus Water Treaty on Thursday cropped up in the current hostile Indo-Pak discourse with India making it clear that ‘mutual trust and cooperation’ was important for such a treaty to work.

The assertion came amid calls in India that government should scrap the water distribution pact to mount pressure on Pakistan in the aftermath of audacious Uri terror attack earlier this week.

"For any such treaty to work, it’s important that there must be mutual cooperation and trust between both the sides. It cannot be a one-sided affair,” Ministry of External Affairs spokesperson said cryptically when asked if the government will rethink on the Treaty given the growing strain between the two countries.

He also noted that the preamble of the Treaty itself said it was based on ‘goodwill’.

Pressed further if India will scrap the Treaty, he refused to elaborate and only noted that in diplomacy everything was not spelled out and that he has not said that the treaty was not working.

Under the treaty, which was signed by the then Prime Minister Jawaharlal Nehru and Pakistan President Ayub Khan in September 1960, water of six river -- Beas, Ravi, Sutlej, Indus, Chenab and Jhelum -- were to be shared between the two countries.

Pakistan has been complaining of not receiving enough water and gone for international arbitration in couple of cases.

Swarup noted that there were differences over the implementation of the treaty between the two countries.

He also said that unlike in the case of Pathankot terror attack, India’s offer to Pakistan to verify involvement of its nationals in the Uri terror strike will be ‘limited’ to providing finger prints and DNA samples of terrorists killed in the incident.

Briefing reporters a day after Foreign Secretary S Jaishankar summoned Pakistan High Commissioner to India Abdul Basit and issued a demarche over the Uri attack, Swarup said ‘irrefutable evidence’ was shown to the envoy that points to the involvement of Pak-based groups and individuals or territory under Pakistan control.

Noting that the foreign secretary conveyed details of the various items that had been recovered from the terrorists, he said, Jaishankar ‘showed the Pakistan high commissioner the GPS tracking devices, pictures of Pakistan made grenades and the finger prints of one of the terrorists.

“The foreign secretary offered that in case the government of Pakistan wishes to investigate these cross-border attacks, we are ready to provide finger prints and DNA samples of terrorists killed in the Uri and Poonch incidents.

“I would like to underline that our offer is limited to providing finger prints and DNA evidence to Pakistan so that Pakistan can verify it against their national database and confirm that the terrorists who attacked the Indian facilities were indeed Pakistani nationals,” implying thereby, that no Pakistan team will not be allowed in Uri unlike the Pathankot strike when a probe team from there had visited the attack site.

Swarup said, “It is, of course, widely known that the training and arming of terrorists is freely taking place in Pakistan and Indian territory under its control.”

“Acknowledged leaders of terrorist organisations have also been given free rein and parade around even in Islamabad. Such terrorism is not only directed against India but is now increasingly recognised as a larger regional concern,” he said.

The MEA spokesperson hoped that the bill introduced by two senior American lawmakers in the United States House of Representatives to designate Pakistan a state sponsor of terrorism, will be treated with ‘utmost seriousness’.

Swarup also said India has raised with China the recent Uri attack and Pakistan’s involvement in it as well as the issue of United Nations designation for Jaish-e-Mohammed chief Masood Azhar by the 1267 Sanctions Committee.

Replying to a query on the ‘Pakistan State Sponsor of Terrorism Designation Act (HR 6069)’ bill by two US Senators, Swarup said, “It reflects the acknowledgement in the US Congress that a country to which the US had channelled so much aid is actually the epicentre of terrorism which has also targeted Americans and American interests.”

“The present bill has been introduced by two of the senior-most and highly respected members of the Congress and I am sure it will be treated with utmost seriousness,” he said.

Reacting to reports that Russia has cancelled the joint exercise with Pakistan in Pak-occupied Kashmir, he said India's ‘sensitivities’ towards Pakistan-sponsored cross-border terrorism are well-known and same was also conveyed to its strategic partner, Russia.

Asked if India has given a 'timeframe' for Pakistan to respond to its offer to provide fingerprints and DNA of the terrorists involved in Uri and Poonch attacks, Swarup said considering eight years have passed since Mumbai terror attack trial has been dragging, India has not put any timeframe.

It is in the interest of Pakistan to act swiftly against terrorists who they harbour, he added.

Two days have passed since the UN General Assembly started, 25 countries have spoken. No one, I repeat, no one has referred to the issue that Prime Minister Nawaz Sharif devoted 80 per cent of his speech to.

On whether Prime Minister Narendra Modi will travel to Pakistan to attend South Asian Association for Regional Cooperation Summit in early November, he remained non-committal, saying, ‘every question does not have a yes or no answer’.

On India’s assessment of Pakistan’s diplomatic moves and Pakistan Prime Minister Nawaz Sharif raising Kashmir situation during his speech at the United Nations General Assembly on Wednesday, Swarup said no country has referred to the issue (Kashmir) that Sharif devoted 80 per cent of his speech to.

“Two days have passed since the high-level debate in the UN General Assembly started. In each of these days, 25 countries have spoken. The UN Secretary General himself has spoken and laid out his main areas of concern. If you look at all the statements made so far, no one, I repeat, no one has referred to the issue that Prime Minister Nawaz Sharif devoted 80 per cent of his speech to.

“On the contrary, virtually every statement has referred to terrorism as the main threat to international peace and security, a fact that Pakistan still remains in denial of. Four of the five members of the Security Council have also spoken and their statements are also available for everyone to see,” he said.

He also asserted that onus was on Pakistan to act against terror groups which find safe haven and all types of support for cross-border terror.

He also said as far as the so-called dossier is concerned, there was no mention of the same in the read out given by the UN Secretary General’s Office.

All the countries in the neighbourhood, barring one, have condemned the Uri attack in the strongest possible terms as well as very strong reaction by most countries including the United Kingdom, France, Saudi Arabia and many others, he noted.