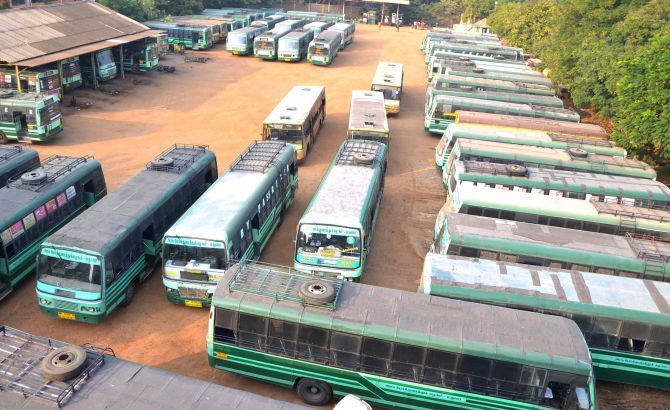 The indefinite strike by some transport unions in Tamil Nadu over wage-related issues, entered the third day on Saturday, even as the state government said 'many' staff were returning to work and expressed confidence that normal operations would resume on Sunday.

State transport minister M R Vijayabaskar told a Tamil TV channel that despite the stir, 80 per cent buses were running.

"Many are getting back to work considering the wage revision offered by us, besides respecting the high court directive in this regard yesterday (Friday)," he said.

The minister exuded confidence that more employees will return to work by tomorrow and 'we believe full services could be operational from tomorrow (Sunday)' across Tamil Nadu.

The opposition Dravida Munnetra Kazhagam again urged the government to hold talks with the trade unions and bring an end to the impasse.

DMK Working President and Leader of Opposition in Tamil Nadu assembly M K Stalin spoke to Chief Minister K Palaniswami over the phone and urged the government to hold talks to end the stalemate.

Meanwhile, buses were being operated in some parts of the state with temporary drivers and conductors.

In Coimbatore, Tirupur, Nilgiris and Salem districts, a majority of the buses stayed off roads. Some government buses that were operated by staff affiliated to the ruling All India Anna Dravida Munnetra Kazhagam were operational.

A similar situation prevailed in Erode district, where authorities appointed temporary drivers and operated some buses. The transport department had earlier invited those with valid driving licence to approach the local depots for this purpose.

A majority of the people continued to rely on trains, autorickshaws and private buses for their daily commute.

Meanwhile, the Southern Railway, in an official release, said, "It is decided to operate weekday services instead of weekend reduced services in Chennai Beach-Tambaram and MRTS suburban sector to accommodate extra rush in view of the strike."

As many as 17 trade unions had launched an indefinite strike since Thursday night, with scores of Tamil Nadu State Transport Corporation (TNSTC) joining the protest.

The striking unions want the 'factor' for wage revision to be fixed at 2.57 times while government insisted it be 2.44.

On Friday, the Madras high court had issued an interim order restraining the employees from striking work.

Later, the government also issued an ultimatum, asking the workers to return to work, else it will not hesitate to take action as per law.

The trade unions had, however, said their agitation would continue till their demands on wage revision were met by the state government.

The unions, including DMK-affiliated LPF and CITU, rejected the state government's ultimatum to return to work or face 'consequences' and also claimed they had not received the court order. 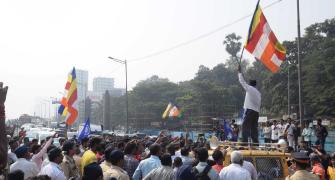 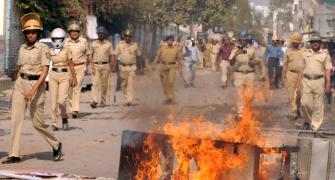 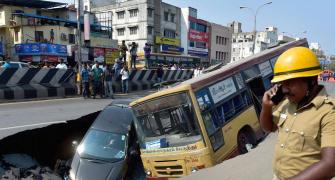 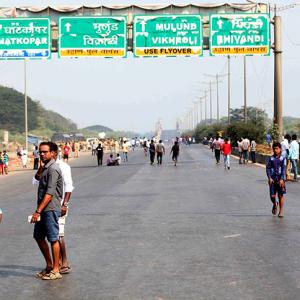 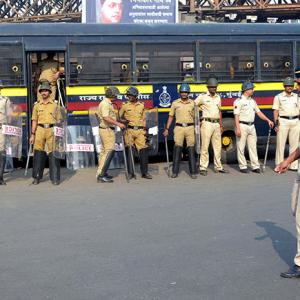