Hollywood superstar Tom Hanks has revealed that he and wife Rita Wilson have tested positive for the novel coronavirus. 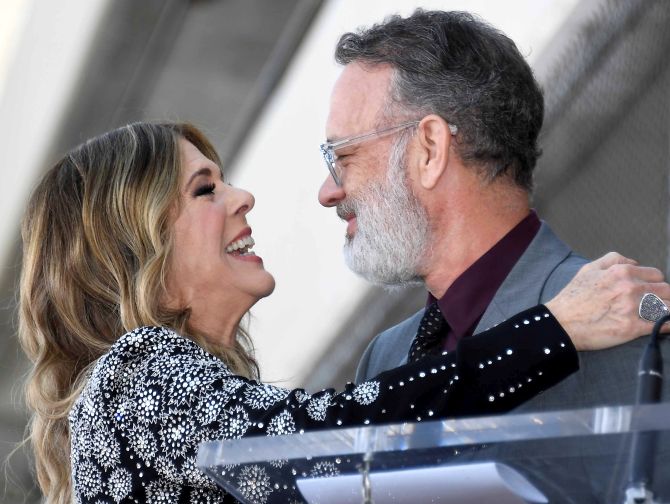 IMAGE: Actor Rita Wilson and husband Tom Hanks embrace during a ceremony honoring Wilson with a star on Hollywood's Walk of Fame in Los Angeles US. Photograph: Reuters

The actor couple, currently in Australia to shoot for the pre-production of Baz Luhrmann's untitled Elvis Presley film as per Deadline, decided to get tested after they felt "a bit tired".

"Hey folks Rita and I are down here in Australia. We felt a bit tired, like we had colds, and some body aches. Rita had some chills that came and went. Slight fevers too. To play things right, as is needed in the world right now, we were tested for the coronavirus, and were found to be positive," Hanks said in a tweet.

The Academy-award-winning actor said the medical team had already taken over.

"The medical officials have protocols that must be followed. We Hanks will be tested, observed and isolated for as long as public health and safety requires," Hanks said.

"Not much more to it than one-day at a time approach, no? We will keep the world posted and updated. Take care of yourselves!" Hanks tweeted.

The deadly virus that first originated in the Chinese city of Wuhan in December last year has claimed over 4,200 lives and infected more than 117,330 people across 107 countries and territories, with the World Health Organisation on Wednesday describing the outbreak a pandemic.

China remains the hardest-hit with more than 80,000 infections and 3,000 deaths. 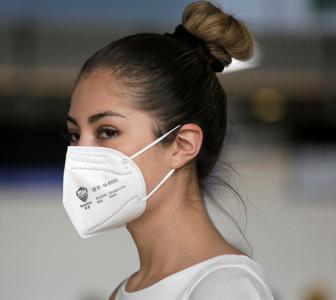 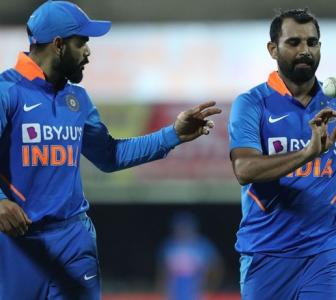 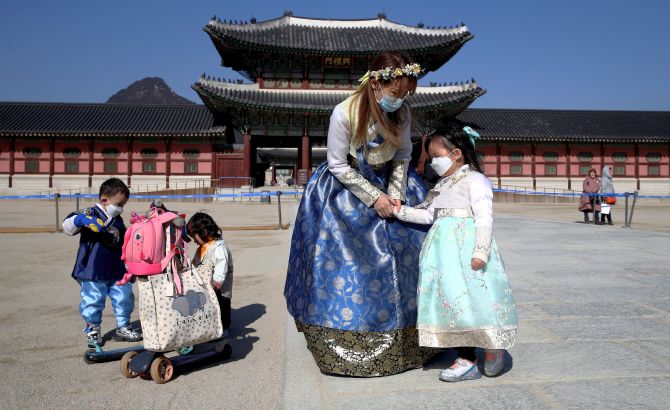