Soon after Navjot Singh Sidhu resigned as Punjab Congress president on Tuesday, former chief minister Amarinder Singh dubbed it a 'drama' and said the cricketer-turned-politician is 'unstable' and 'not fit' for the border state. 'I told you so...he is not a stable man and not fit for the border state of Punjab,' Singh tweeted soon after Sidhu posted a letter of his resignation to Sonia Gandhi on his Twitter handle.

Singh said Sidhu's resignation within two months of taking over the vital post has proved beyond doubt that he was 'an unstable man, who could not be relied upon to lead the ruling party'.

Terming Sidhu's resignation as 'sheer drama', Singh said the move suggested that his former cabinet colleague was 'preparing the ground to quit the Congress and join hands with someone other party in the run-up to the state assembly polls'.

'I had been saying all along that this man is unstable and dangerous, and cannot be entrusted with the task of running Punjab,' he later said in a statement.

'Sidhu had also proved to be absolutely incompetent during his stint as a minister in his government,' he also said.

Singh, who arrived in Delhi on a personal visit, told newsmen at the airport that Punjab is a sensitive state, sharing over 600 km of border with a hostile Pakistan, and Sidhu's close links with his cricketer friend Imran Khan and ISI chief Qamar Javed Bajwa 'are a serious threat to India's national security'.

He said that by resigning within two months of taking over as the state Congress chief, Sidhu has once again exhibited his 'shifty character'.

'I've known this boy since his childhood and he has been a loner and can never be a team player,' said Singh, recalling how the cricketer had deserted the Indian team in 1996 in England.

'That's what his real character is,' the former chief minister said.

Describing Sidhu as a 'flamboyant' speaker, Singh said what he speaks in public meetings or rallies may make people laugh, 'but it's all froth, with no substance'.

'People don't vote for buffoonery,' he said, adding that no one take Sidhu seriously.

Replying to a question that Sidhu was apparently upset with the inclusion of some ministers in Charanjit Singh Channi's cabinet,

Singh said that the PPCC chief apparently wanted to run the government by remote control.

'What nonsense is this! Cabinet formation is the prerogative of the chief minister, so why should Sidhu interfere in it,' he said.

On Sidhu's claim that he was quitting as the party chief on matters of principle, Singh said, 'What principles is he talking about? He's only making grounds to quit the Congress. You wait and see, he will join hands with some other party very soon.'

Replying to another question, the former minister said that Congress high command should immediately accept Sidhu's resignation and appoint some competent man in his place.

When asked if he would back former PPCC chief Sunil Jakhar for the job, Singh said, 'He (Jakhar) is very competent and had performed exceeding well as the party chief.'

Scotching speculation that he was in Delhi to meet senior BJP leaders, the former chief minister said he had come on a personal visit, with the main intent of vacating the Kapurthala House for the new chief minister of Punjab.

Source: PTI  -  Edited By: Hemant Waje© Copyright 2021 PTI. All rights reserved. Republication or redistribution of PTI content, including by framing or similar means, is expressly prohibited without the prior written consent.
Related News: Sidhu, Singh, Pakistan
Print this article 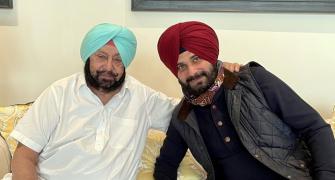 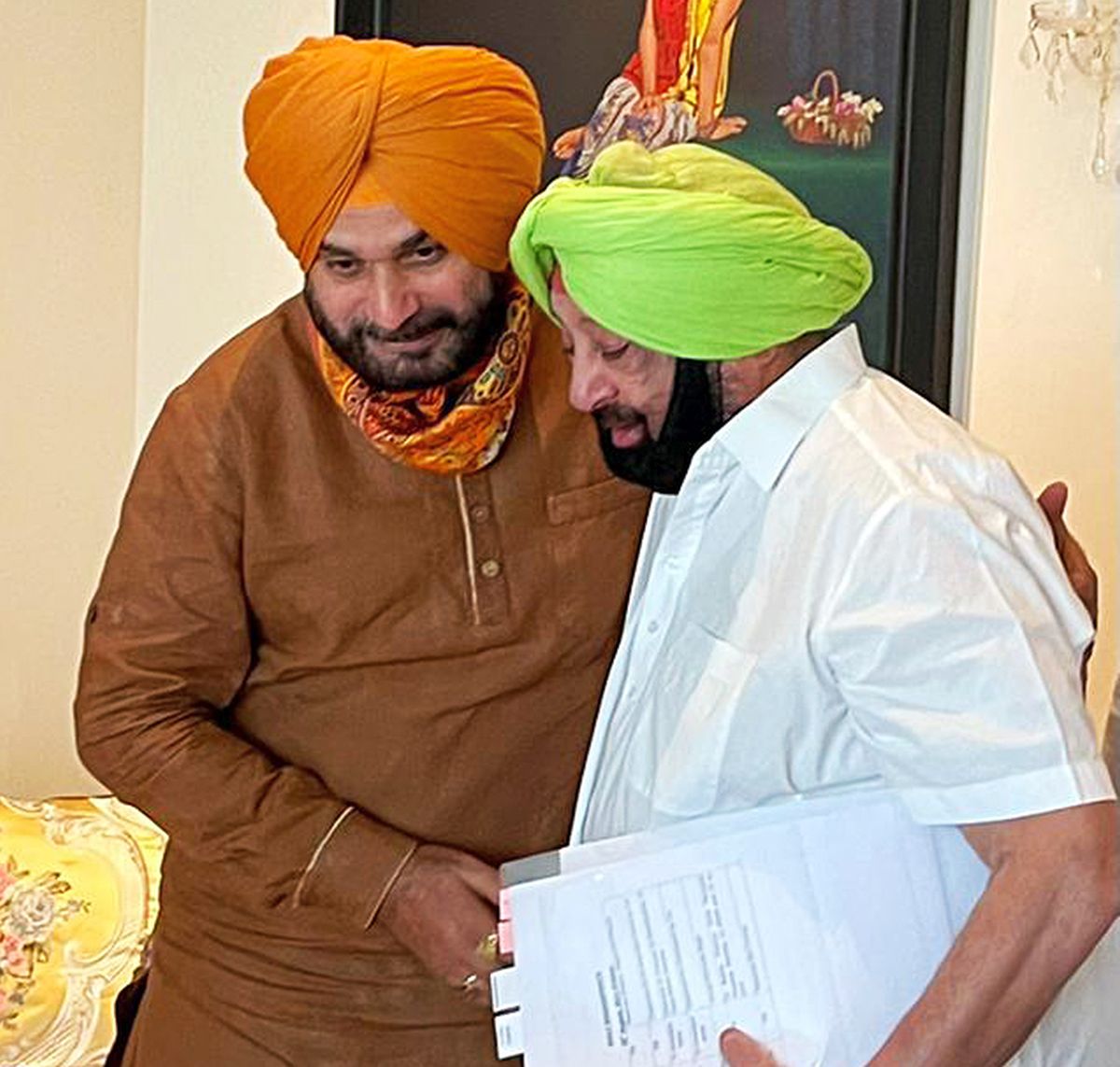 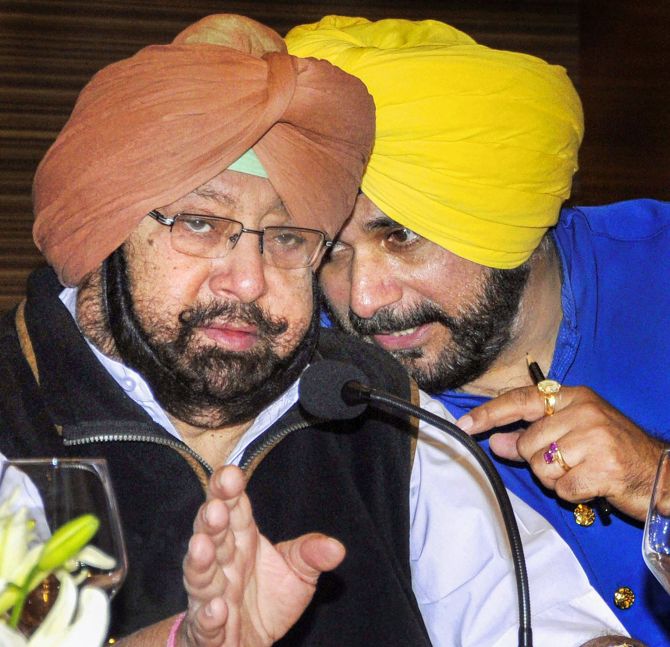