The Tamil Nadu Assembly session, beginning Wednesday, could well turn out to be its last at the 17th century Fort St. George as the 58-year-old Legislature would shortly be moving to its upcoming Rs 425-crore complex.

The first legislature of the erstwhile Madras state after Independence was held in March 1952 at the Fort, located on the banks of Bay of Bengal, which was regarded as the first "establishment" of the British in India.

After the re-organisation of states, it became the home of the Tamil Nadu Legislature and Secretariat.

The new complex, being built at the Government Estate grounds off the arterial Mount Road, is the dream project of Chief Minister M Karunanidhi and expected to be completed by March.

Tomorrow's session is scheduled to start with the customary address by Governor Surjit Singh Barnala and the first day is likely to be adjourned as a mark of respect to DMK MLAs S P Jayaraman and P N Periannan who died last year.

Subsequently, the discussion on the motion of thanks to the governor for his address will be taken up, culminating with the reply by Karunanidhi or his deputy M K Stalin. The session is likely to last nearly a week.

While the ruling DMK will face a combined opposition with an increased bench strength after winning last year's bye-elections along with key ally Congress, the Opposition-led by AIADMK will be hoping to corner the former on issues like spiralling prices and Mullaperiyar dam issue, among others. 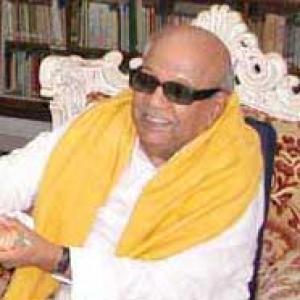