A youth claiming to be the biological son of veteran Congress leader N D Tiwari on Saturday gave his blood samples along with his mother in the Delhi high court in connection with a paternity suit.

Rohit Shekhar and his mother Ujjawala Sharma made themselves available before a Joint Registrar as ordered by the single judge bench of Reva Khetrapal to give their blood samples.

A doctor and nurse took the blood samples for the DNA test of the duo in the chamber of Joint Registrar Deepak Garg and kept them in a sealed cover.

"You (Shekhar and Sharma) come inside the chamber along with your lawyers for collection of the blood samples as the court room is small," Garg said minutes after a doctor and a nurse entered the court room.

The blood samples of the mother-son duo were taken in presence of Bahar-U-Barqi, the counsel for Tiwari.

Earlier, the high court had also asked 86-year-old Tiwari to give his blood sample before it but that order was modified by the Supreme Court on May 24, which was communicated to the Joint Registrar by the counsel for 32-year-old Rohit Shekhar.

The counsel referred to the Supreme Court order, which said that the Congress leader would be giving his blood sample at his residence in Dehradun, Uttarakhand on May 29.

"In pursuance of the aforesaid modification in the order of the high court, respondent number two (N D Tiwari) would be giving his blood sample for the DNA profile test at his residence in Dehradun," the lawyer said.

Three separate DNA testing kits kept in a sealed cover were unsealed in an open court room for collection of the blood samples of the mother-son duo.

The court then ordered resealing of the third remaining kit which would be taken to Dehradun by a Joint Registrar of the high court for extracting the blood sample of Tiwari in presence of the civil surgeon of a government hospital, a pathologist and the district judge of Dehradun.

The Supreme Court, in its order, earlier said, "The pathologist would take the blood sample of the petitioner (Tiwari) in confidentiality in their presence for DNA profile test and the said sample shall be sent in a proper seal immediately to the Centre for DNA Fingerprinting and Diagnostics at Hyderabad".

The apex court had also specified that a special messenger of the high court would carry the blood sample to Hyderabad.

It was also clarified that Rohit and his mother "may remain present either in person or through their representatives" at Tiwari's residence on May 29 when the procedure for collection of blood sample would be undertaken.

Shekhar had moved the high court in 2008 by filing the paternity suit seeking to declare Tiwari as his father. 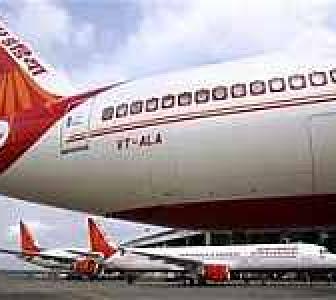