The Parliament attack case was one of the most challenging cases for investigators. It had several twists and turns, but finally the curtains came down on it with one of the main accused in the case, Afzal Guru, being hanged at Tihar Jail, New Delhi on Saturday.

Here’s a timeline of the entire case:

December 15: The Delhi Police pick up Afzal Guru, member of terrorist outfit Jaish-e-Mohammad, from Jammu and Kashmir. S A R Geelani of Delhi University's Zakir Hussain College picked up for questioning and later arrested. Two others -- Afsan Guru and her husband Shaukat Hussain Guru -- were picked up later.

June 4, 2002: Charges framed against the four persons picked up by the police.

August 30, 2003: Jaish-e-Muhammad leader Ghazi Baba, prime accused in the attack, is killed in an encounter with the Border Security Force in Srinagar. Three more militants with him are also killed in the 10-hour encounter.

August 4, 2005: The Supreme Court hands out death sentence to Afzal Guru while commuting the sentence of Shaukat to 10 years of rigorous imprisonment. 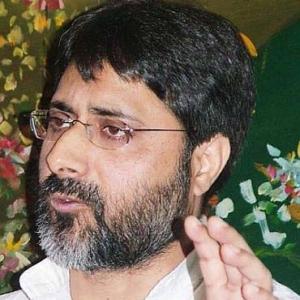